A family celebrated a small victory as their immigrant grandmother who had been detained for months was able to post bail and head home.

ADELANTO, Calif. (KABC) -- A family celebrated a small victory as their immigrant grandmother, who had been detained for months, was able to post bail and head home.

Xochitl Hernandez finally hugged her son and daughter again. She had spent the last six months in the Adelanto Detention Facility. The mother and grandmother was facing possible deportation.

Hernandez was arrested in February at a friend's house when Los Angeles police and ICE agents served a robbery search warrant. She said they thought she had gang ties because of a tattoo and other people in that community are gang-affiliated.

ICE said it declined to exercise prosecutorial discretion in Hernandez's case and placed her in removal proceedings. A judge lowered her bail to $5,000.

"People like Xochitl, who in the past have depended on the police to support her on domestic violence issues, now question that trust and question their ability to call on police," NDLON member Armando Carmona said.

For now, the family is relieved to have Hernandez back home - hopefully for good.

Now that Hernandez is out on bail, she intends to fight the case and apply for what's known as a U-Visa, which is available to victims of domestic violence. 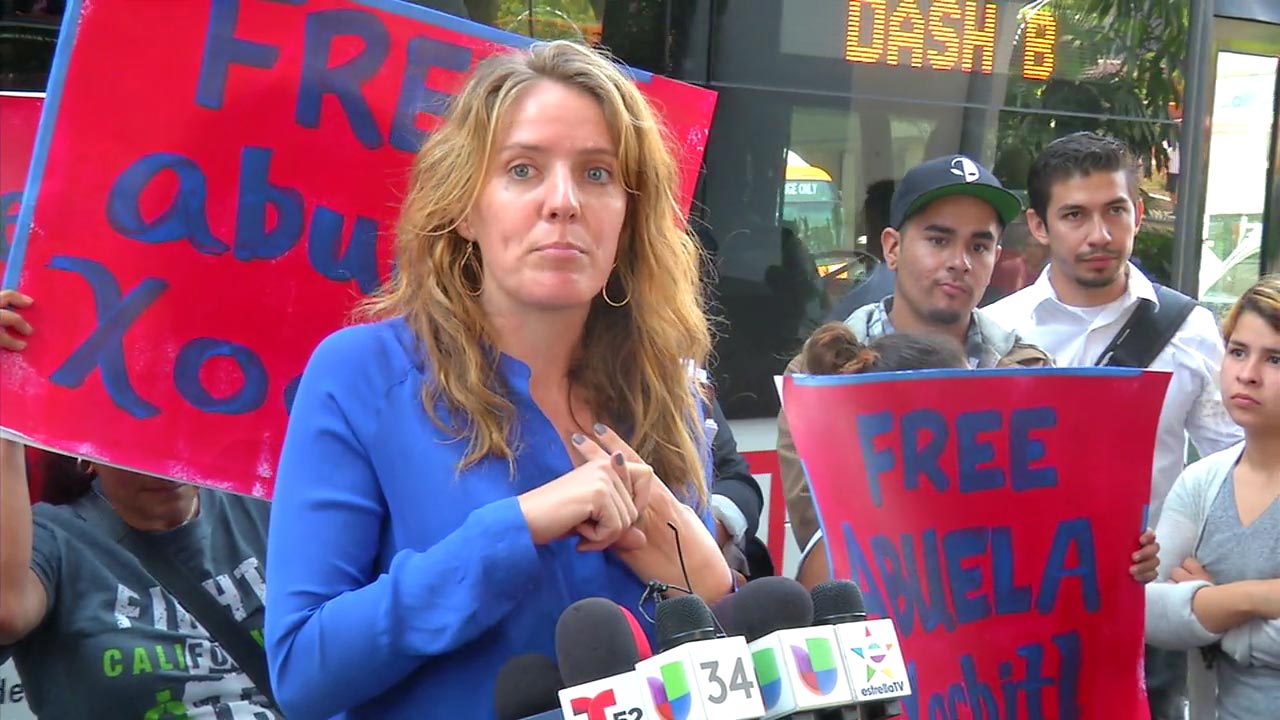