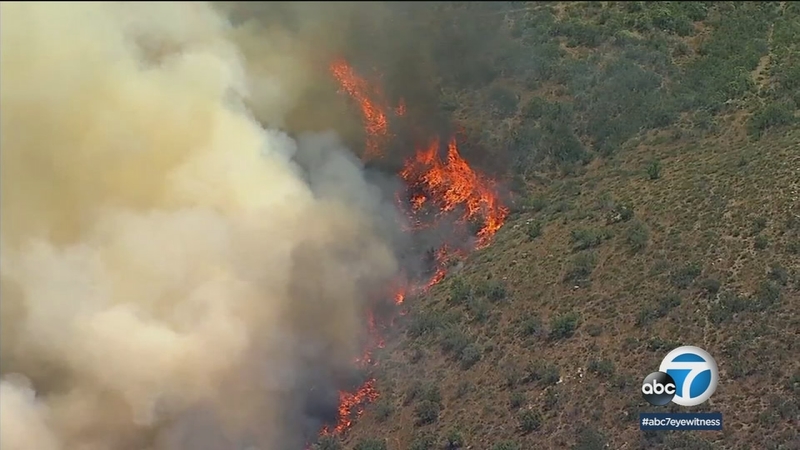 AGUA DULCE, Calif. (KABC) -- Evacuations were ordered in the Agua Dulce area as a brush fire fueled by winds and high temperatures threatened structures on Monday.

The blaze, dubbed the Stone Fire, was first reported shortly after noon near the 35100 block of Anthony Road. It was 30 percent contained by the evening hours.

By 8 p.m., evacuations were lifted but Anthony Road remained on a soft closure and was only open to residents returning home.

The Los Angeles County Fire Department initially sized up the fire as being 2 acres, but the blaze quickly grew to 20, then exploded to 1,400.

The second-alarm fire was upgraded to a third-alarm fire by around 1 p.m. As many as 240 firefighting personnel were on scene, officials said.

Nine ranches were threatened by the flames, and authorities issued the evacuation orders. An evacuation center was set up at Marie Kerr Park, 39700 30th St. W. in Palmdale. Large animals can be taken to the Antelope Valley Fairgrounds.

The fire appeared to be heading in a northeastern direction toward Palmdale.

Fire officials said one firefighter suffered a minor injury and was sent to a hospital.