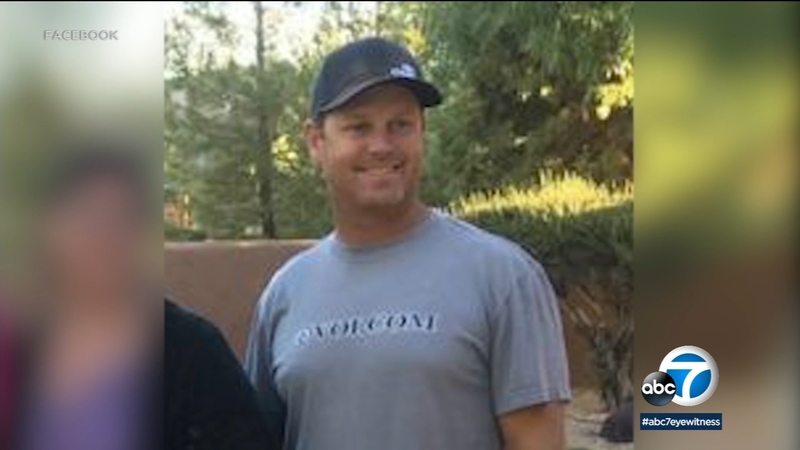 AGUA DULCE, Calif. (KABC) -- A Los Angeles County firefighter who authorities said was was fatally shot by an off-duty co-worker is being remembered by people who held him in high regard.

Though they lost touch over the years, Michael Berenbach says he and 44-year-old Tory Carlon were best friends during their days at Highland High School in Palmdale. He's in disbelief and utter sorrow about his death.

"I'm sorry that I didn't see you even more because you always think that you're going to have time to you in the future. You don't realize how fast time goes and next thing you know, he's gone," said his high school friend Michael Berenbach

April Ferguson says she and Carlon were high school sweethearts. Even though they also lost touch, she says finding out the firefighter was shot and killed left her in tears.

"For the loss, but also for his family members. I feel so, so sad and heartbroken for them," she said.

She reflected on how much of a gentlemen he was in high school.

"I could have not one negative thing to say about him. I only remember him in fondness," Ferguson said.

Berenbach added that Carlon's parents and brother live in Utah.

"I know that they're devastated. That's their baby. Tory was the youngest."

A somber procession on Tuesday night honored Carlon. Dozens of fire trucks and law enforcement vehicles participated in the caravan honoring him as it made its way along the 14 Freeway, transporting his flag-draped casket to the coroner's office. Upon arrival, firefighters removed the flag, folded it and presented it to a group of apparent family members who stood nearby.

Carlon, a husband and father, had three daughters and had been with the department for more than 20 years.

The surviving victim, a fire captain, was recovering at Henry Mayo Newhall Hospital in Valencia, where he was listed in critical but stable condition.

Sheriff's homicide detectives continued to investigate the motive for the shooting, which occurred Tuesday morning at Fire Station 81 in Agua Dulce.

Sheriff's investigators continued working to determine the motive for a double shooting by an off-duty Los Angeles County firefighter that killed one of his colleagues and wounded another.

At a news conference Tuesday, L.A. County Fire Chief Daryl Osby described Carlon as a brave and committed member of the agency.

According to investigators, Carlon died at the fire station after being shot multiple times in the upper body.

"I've always prayed that we would never have a line-of-duty death," Osby said, his voice cracking with emotion. "I never thought it would occur in this fashion."

After the shooting, the gunman drove to his house in Acton and set it on fire. He was later found dead in an empty pool of a gunshot wound that appeared to be self-inflicted because nobody else was there and deputies didn't open fire, authorities said.

Jonathan Matheny, a spokesman for the Fire Department, said Tuesday was "the most difficult day that I personally have ever experienced with the Los Angeles County Fire Department, seeing our brothers and our sisters in harm's way in this manner."
EMBED More News Videos

The 54-year-old firefighter who survived the shooting was publicly identified only as a Fire Department captain. Investigators do not believe he was intentionally targeted in the shooting.

The gunman, whose identity was not released, appeared to have a longstanding job-related dispute with Carlon, authorities said.

Preliminary interviews with other employees at Fire Station 81 indicate the shooter and the firefighter who was killed had "some workplace beef," said sheriff's Lt. Brandon Dean, who is overseeing the homicide investigation.

"It sounds like they didn't like each other," Dean told The Associated Press, without elaborating about their problems.

He said investigators will comb through the Fire Department's personnel files to see if any official complaints had been made or disciplinary actions had been taken before the bloodshed. It was not immediately clear how long the two had worked together at the station in Agua Dulce.

A GoFundMe page has been created in Carlon's honor.