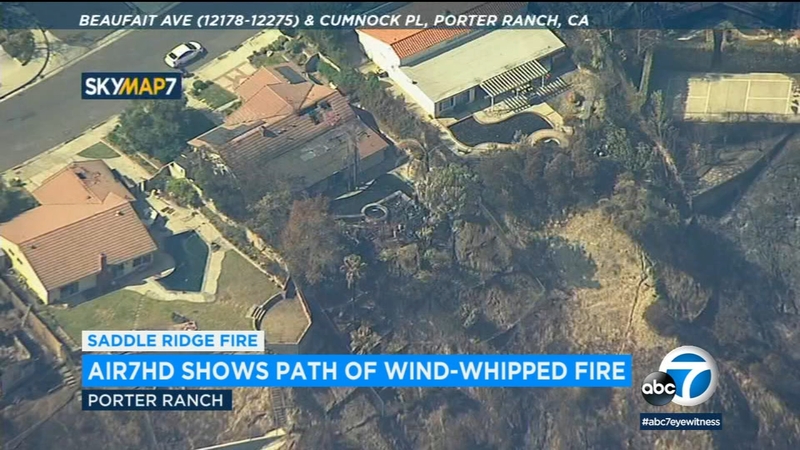 Footage shows the destruction left by the Saddle Ridge Fire and all the homes saved as firefighters battled the intense blaze.

The footage shows the blaze's path, from what investigators believe was the starting point to when it moved north and west as it jumped the 5 Freeway and threatened homes.

Several homes were threatened after hillsides were charred.

AIR7 HD showed Porter Ranch homes that were saved from significant damage, but amid threatening conditions, other houses in the neighborhood were destroyed.