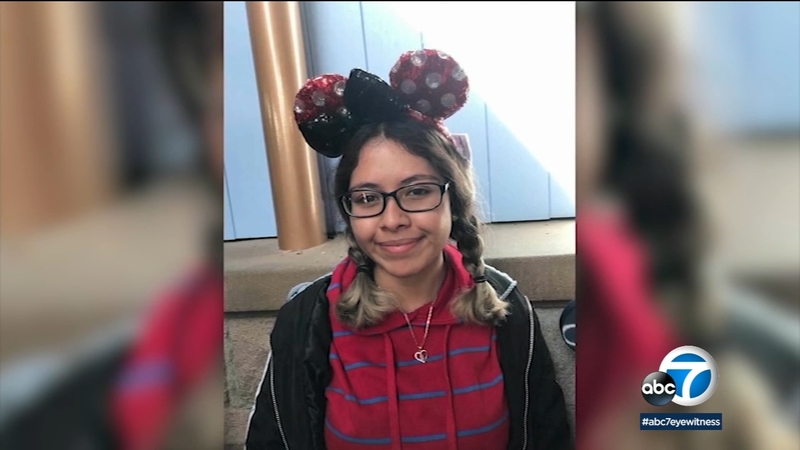 Dozens gathered on a bridge above a riverbed where the 18-year-old's body was found March 28.

Her mother, Natalie Mireles, says a coroner investigator initially told her they believed the death was a suicide, but officials now say the cause of death has been deferred pending further investigation.

The Los Angeles County Sheriff's Department says deputies are actively investigating the case, but the family says they aren't getting any answers.

Natalie Mireles stands in a corner of her home that's now a memorial for her 18-year-old daughter, Aisha Ximena Nava Mireles. "I want to know what happened, who she was with, or what they did to her," she told Eyewitness News.

Family and friends say there is no way the Cerritos College student would take her own life, and say they have found evidence that leads them to believe she was killed. Days after Aisha's death, Natalie went to the riverbed and found what she believes is her daughter's tooth, as well as her eyeglass lens and backpack, which had a tear in it she doesn't believe was there before.

"I hope that this protest does a difference because she deserves better than this," said Jacqueline Aguilar, Nava's friend. "I know she didn't kill herself. I know someone did it to her. I just hope that she didn't suffer."

Nava's family has posted flyers asking for the public's help and hope Saturday's vigil will encourage anyone with information to speak out. Her mother is demanding a full investigation into the case.