Alex Trebek's family donated $500,000 to Hope of the Valley Rescue Mission. It's reconstructing the old 23,000 square foot roller skating rink known as Skateland in Northridge as a new site to help the homeless.
KABC
By Leo Stallworth 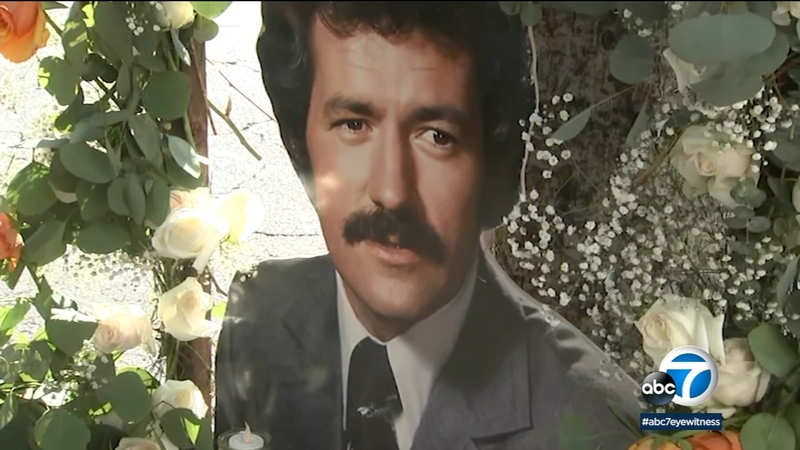 NORTHRIDGE, LOS ANGELES (KABC) -- Hope of the Valley Rescue Mission has officially inaugurated a new homeless bridge housing center in Northridge. And it's been named in honor of the late "Jeopardy" host, Alex Trebek.

"Hope of the Valley is helping to change the landscape of homelessness here in the San Fernando Valley for the better," said Jean Trebek, Alex's widow.

The Trebek family donated half a million dollars toward the latest homeless shelter project undertaken by Hope of the Valley Rescue Mission. It's reconstructing the old 23,000 square foot roller skating rink known as Skateland in Northridge as a site to help the homeless. It will be named "The Trebek Center."

"I know how proud Alex was of their mission. He was so deeply grateful to be a part of the solution," said Jean Trebek.

Hope of the Valley says the Trebek's $500,000 gift was the first donation for the project; that opened doors for other donors to kick in millions more in funding for the 107 bed project. The mission plans to use the facility as what's called "bridge housing:" a bridge between the streets and permanent housing.

Outside of fronting a game show, beloved "Jeopardy!" host Alex Trebek also dedicated his life to various philanthropic efforts that went mostly unseen by the public.

"I know the center will be a purposeful and meaningful bridge and a safe haven for so many," said Rowan Vansleve, Hope of the Valley.

It's the second time the Trebeks have donated money to Hope of Valley Rescue Mission. The Mission's CEO Ken Craft says more than a year ago he was shocked to get a call from Alex Trebek
"And I answered it and a voice said 'Ken this is Alex Trebek. I hear you're are building a shelter in North Hollywood I'd like to come see it. I said when would you like to see it. He said tomorrow 9:30. I said okay," said Craft. "In the back of my mind I'm thinking is this THE Alex Trebek or is this Alex Trebek from Wichita, Kansas? I wasn't quite sure honestly."

The wardrobe once worn by late 'Jeopardy! host Alex Trebek has been donated to organization that helps people break the cycle of homelessness or incarceration, and help them find jobs.

Alex Trebek passed away last year. He spent nearly 40 years hosting the popular game show "Jeopardy." Jean says her husband always had a big place in his heart for those truly in need.

"He was deeply grateful to be a part of the solution, to always lend a helping hand," said Jean Trebek.

Hope of the Valley plans to break ground on its new homeless shelter project mid- May. If you'd like to help, go to www.hopeofthevalley.org.