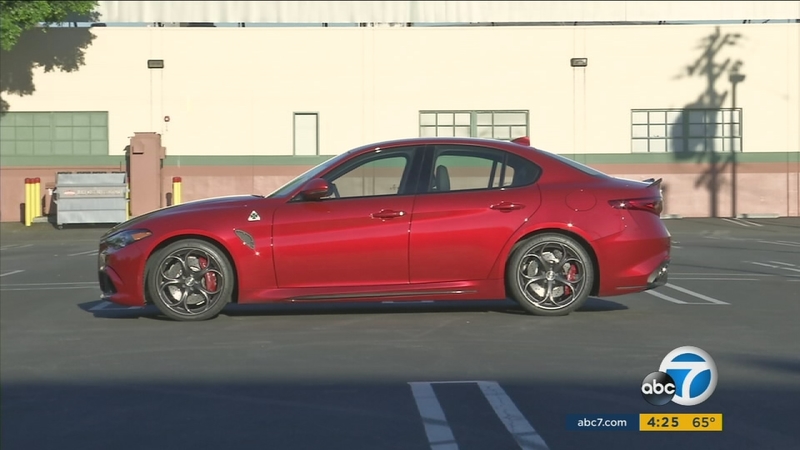 Alfa Romeo's return to the U.S. market has been a very slow one so far. The brand re-appeared a couple of years ago with just a sports car: the low-slung, low-volume, high-priced 4C model.

Now, Alfa's going to be hitting the streets in much bigger numbers with its new sport sedan called the Giulia.

The new model's direct target? The BMW 3 Series, which is the target of so many sport sedans.

The new Giulia checks all the right boxes and even bears a bit of a resemblance to the BMW from its side profile. But when you see the front of the car, there's no mistaking the classic Alfa Romeo styling.

To get the Giulia going and build buzz, Alfa is first rolling out the high-performance Quadrifoglio version. That name literally means "four leaf clover" in Italian, and the Quadrifoglio symbol is famous for adorning racing Alfas through the decades, going back to the 1920s.

For motivation, the top-of-the-line Giulia Quadrifoglio gets a Ferrari-developed twin turbo V6 under its hood, good for 505 horsepower.

How well does the car perform? Alfa Romeo is claiming a lap record on Germany's famed Nurburgring race circuit for a production sedan. They then did their U.S. press launch at Sonoma raceway in Northern California to further demonstrate the Quadrifoglio's performance aptitude.

Early shoppers might gulp at this hot sedan's projected sticker price of $70,000-plus. Alfa Romeo has not yet released an exact price for the car.

Following along soon will be a less expensive, less powerful Giulia with a turbo-charged four-cylinder engine, starting at about $40,000.

The compact 4C sports car got Alfa started on its U.S. return, and the Giulia sedan will add some volume to the Italian brand's sales figures here. But Alfa Romeo needs to add something else to round out its product line, and these days that means an SUV, as that's what so many buyers are looking for.

Making its world debut at the recent L.A. Auto Show was the Alfa Romeo Stelvio, an athletic all-wheel-drive SUV with essentially the same engine choices and chassis as the Guilia. It should hit showrooms sometime after the Giulia as a 2018 model.

The Stelvio's timing could be very good, as premium buyers are going crazy for SUV utility, combined with car-like performance.