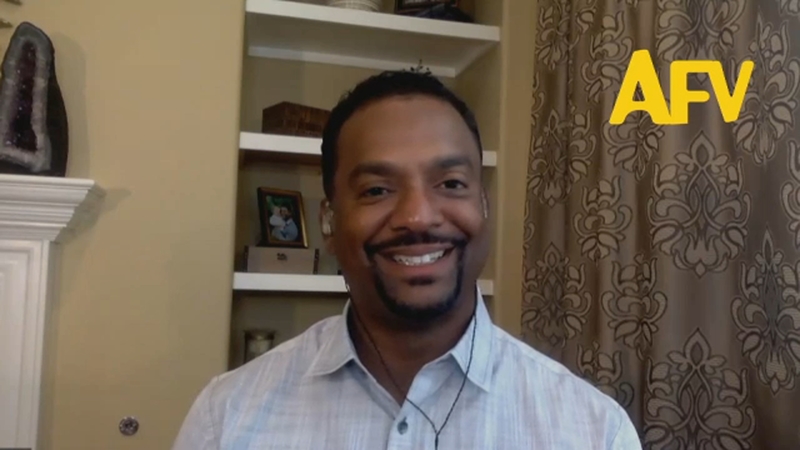 Host Alfonso Ribeiro returns for this seventh season on the show, and the first episode happens to be "AFV's" 700th episode! But, there's something even more special about this season to him.

"What's crazy to think is that I'm now doing 'America's Funniest Videos' longer than I did 'The Fresh Prince of Bel-Air,' so this is now going to be my number one show of all of my shows that I've done in my career, this becomes the number one for me," Ribeiro said. "I'm very excited about that though, very excited."

It's an honor he's happy to share along with longtime past hosts of the show Bob Saget and Tom Bergeron.

"It's awesome, you know the show makes people laugh, it's about families coming together and sitting down on Sunday nights and watching this show and grandma to grandkids, everybody in between can enjoy this show," Ribeiro said.

It takes a team of people to evaluate the thousands of home videos submitted to "AFV."

Each week one lucky entrant wins the first-place prize of $10,000 as voted by the show's "studio" or "zoom wall" audience.

Those prize winners then move on to the next competition round where they vie for $100,000! Two $100,000 winners this season will face off for the ultimate grand prize of a trip for 10 people to Walt Disney World to commemorate this 50th Anniversary Celebration year!

Get excited! @AFVOfficial is back with an ALL-NEW episode of AFV! Tune in Sunday at 7/6c on ABC! pic.twitter.com/tsvF8aVqCJ