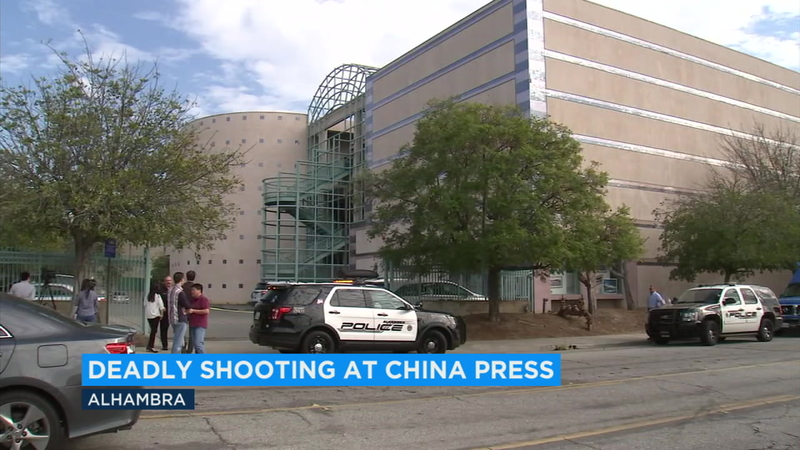 ALHAMBRA, Calif. (KABC) -- Authorities are investigating a workplace violence incident that left one person dead inside a newspaper office in Alhambra Friday.

Alhambra police scrambled to The China Press office on the second floor of a building in the 2100 block of Mission Road around 9:30 a.m.

One man was found with multiple gunshot wounds and pronounced dead at the scene, authorities said.

Four people were detained inside, among them was the alleged shooter, police said. A handgun was also found, according to Alhambra PD Sgt. Steve Carr.

Police said they searched other offices in the building and surrounding buildings but found no other threat or suspects.

The identities of the victim and suspect were not released, but Carr said the two worked together.

"The gunman and the victim were, in fact, coworkers," he said. "As it stands now, this is being investigated as a workplace violence incident."