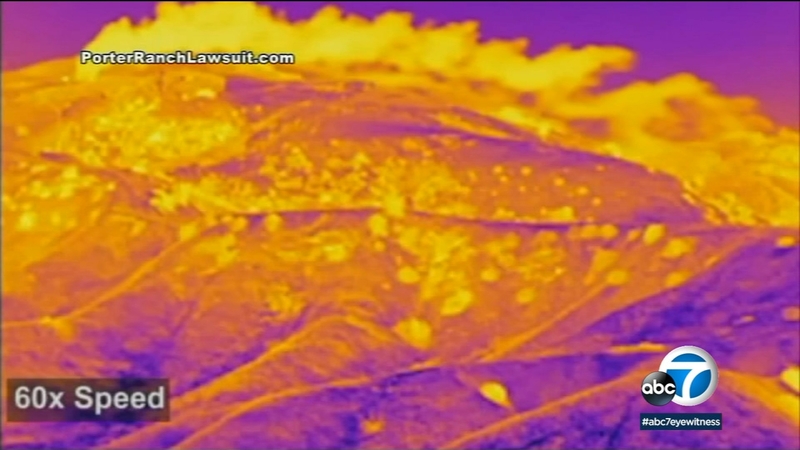 LOS ANGELES (KABC) -- The massive gas leak in Aliso Canyon in 2015 was caused by the rupture of a highly pressurized corroded pipe, according to a report released Friday by a state agency, which faulted the Southern California Gas Company for the way it maintained its natural gas storage field before the blowout.

The investigation was conducted by Blade Energy Partners, which said the incident lasted nearly four months. The sickening of thousands of Porter Ranch residents was attributed to the disaster.

The blowout could have been plugged sooner, the consulting company said.

In a statement, SoCalGas described the report's release as "an important milestone in helping the region and California move forward."

"The leak was an industry changing event resulting in the development and implementation of enhanced safety regulations and practices," the company said. "Today Aliso Canyon is safe to operate and Blade's report indicates the industry leading safety enhancements and new regulations put in place after the leak should prevent this type of incident from occurring again."

The report, released by the California Public Utilities Commission, says SoCalGas did not evaluate the disaster potential of its wells and did not look into previous ruptures.

"They have been mismanaging this facility for so many years and caused a blowout and caused 1.5 million residents of the San Fernando Valley to be exposed to the toxic chemicals," said Patty Glueck of the Aliso Canyon Community Action Committee.

The commission emphasized a finding in the report that said new state regulations address most, if not all, of the causes of the Aliso Canyon incident, the largest-known release of methane in United States history.

Meantime, residents of Porter Ranch continue to suffer headaches and nose bleeds, and until Gov. Gavin Newsom shuts down the facility, the symptoms will likely continue, residents said.