Veteran music instructor and band leader in Whittier receives the honor of a lifetime after he's named Teacher of the Year; it's an award his own father earned three decades earlier.
KABC
By Marc Cota-Robles 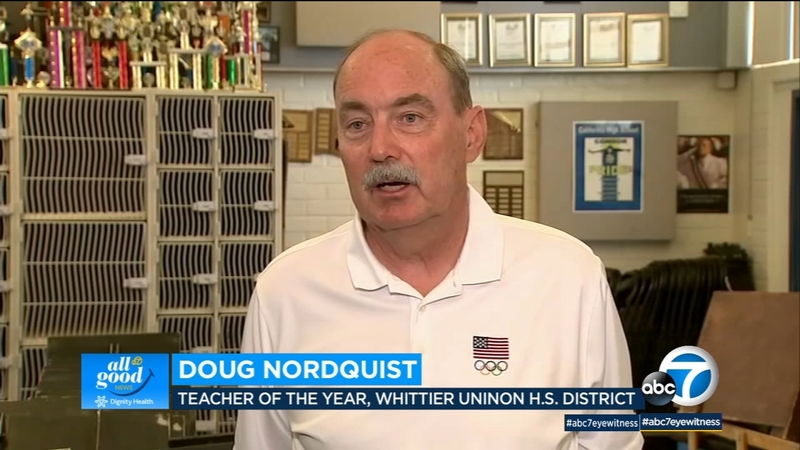 WHITTIER (KABC) -- A local high school band director's work ethic and enthusiasm have inspired students for nearly four decades. Now, Doug Nordquist is being honored as teacher of the year.

Nordquist and has worked in the Whittier Union high school district since 1982. 38 years later he's been awarded the honor of his educational career.

The announcement was a bit unconventional; it was made via video conference. But it was still emotional... and long overdue. When he arrived in Whittier, Nordquist was jumping for joy... quite literally... competing to win a spot as a high jumper on the 1984 US Olympic team. He went on to finish 5th.

His colleagues say they have always appreciated Nordquist's high character, adding he "walks the walk and talks the talk", and has influenced thousands of kids over the years.

In his educational career, he followed in his father's footsteps. Dad had received this same honor in 1986.

The timing couldn't be more perfect. Mr. Nordquist is stepping away... into retirement.