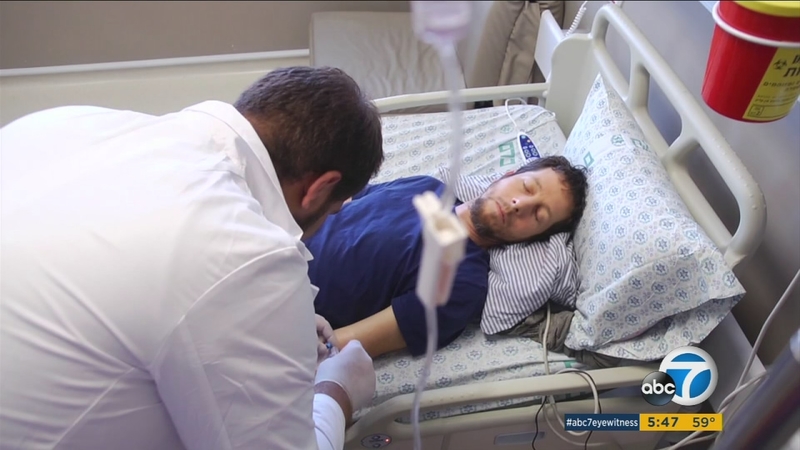 SANTA MONICA, Calif. (KABC) -- There has been a potential breakthrough in the treatment of ALS, health officials announced on Monday.

Until now, there have been no proven methods to slow the progression of Lou Gehrig's disease, but a new treatment may help some patients regain movement and function.

In the study, stem cells were collected from a patient's own bone marrow and then treated in a proprietary process.

It was then injected into the patient's spinal fluid.

"In some of the patients the disease not only stopped progressing, but there was a notable improvement in their neurological functions," ALS researcher Dr. Dimitrios Karussis said.

Karussis and his Hadassah Medical Center colleagues in Israel said they are on the brink of something big.

Researchers followed 26 patients for the past four years and 90 percent of patients experienced improvements in walking, talking and hand movement within a month of treatment and the results lasted for several months.

Karussis' most compelling story is how well the new therapy helped a 22-year-old ALS patient.

"The disease completely stopped progressing and he had a significant improvement in many of his functions including his ability to speak and his motor functions of the hands," Karussis said.

"If this study pans out and they repeat these results in the U.S., and we get 26 patients in the U.S. with similar results, it would really change ALS forever," Segil said.