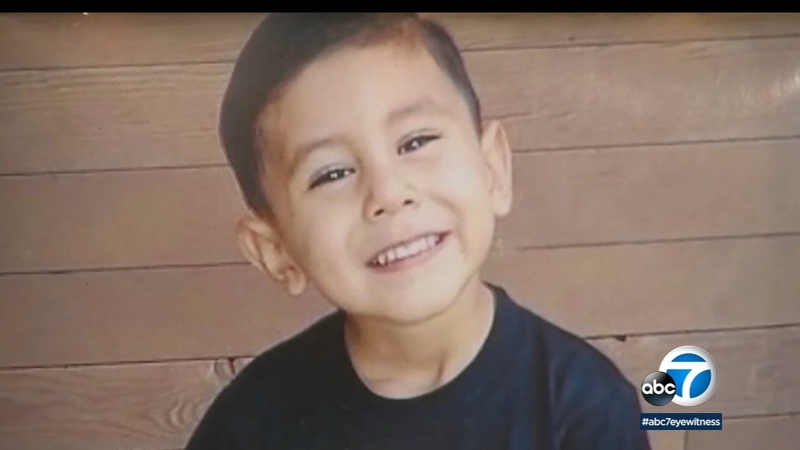 ALTADENA, Calif. (KABC) -- A $50,000 reward has been offered to help find the killer that fatally shot a 4-year-old boy while he was on the front porch of an Altadena home.

Six years ago, Salvador Esparza III was gunned down by gang violence. His killer is still on the loose.

"He was a child," mother Coral Salvador said. "He was my child. Only 4 years old. My baby would have been 10."

The reward in the cold case has now doubled to $50,000 in hopes of finally solving the crime.

"I am my grandson's voice. I will not stop until we get justice. I will continue to put his case out in the public's eye because somebody out there knows something," said grandmother Jenny Esparza. "Somebody heard something, somebody saw something."

The family of 4-year-old Salvador Esparza III, who was shot and killed at a home in Altadena, is searching for answers about why he was at the home.

Investigators believe the suspect who fired at least 13 rounds was targeting a 27-year-old family friend who was in the front yard of the Altadena home.

"The individual walked up to the location and started shooting towards the front door and the patio area where unfortunately Salvador was standing at the time," said Lt. Mike Gomez of the Los Angeles Sheriff's Department.
The 27-year-old survived, Salvador did not.

"The person who did this obviously has no remorse. People who are covering for him have no remorse either," Coral Salvador said.

The Los Angeles County Board of Supervisors Tuesday doubled the reward being offered for information leading to the person who killed a 4-year-old boy nearly six years ago in Altadena.

The 4-year-old's heartbroken family said he was a happy little boy who always had a smile on his face. They are pleading with the public to do the right thing.

"I just want justice for my son. It's been way too long. He deserves it," Salvador's mother said.