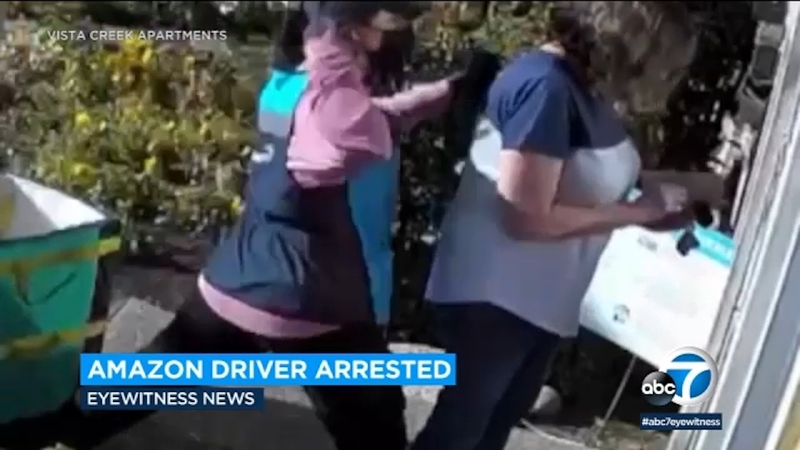 CASTRO VALLEY, Calif. (KABC) -- An Amazon driver is facing abuse and battery charges after allegedly attacking a 67-year-old woman outside her apartment in the Bay Area.

Investigators say the attack sparked from an argument over delivery times.

In the video, the woman and the driver can be seen having an argument. The victim then walks away and turns her back and the Amazon driver is seen attacking her from behind, punching her multiple times in the head.

Detectives say Ramirez admitted to assaulting the woman, but claims it was self-defense.