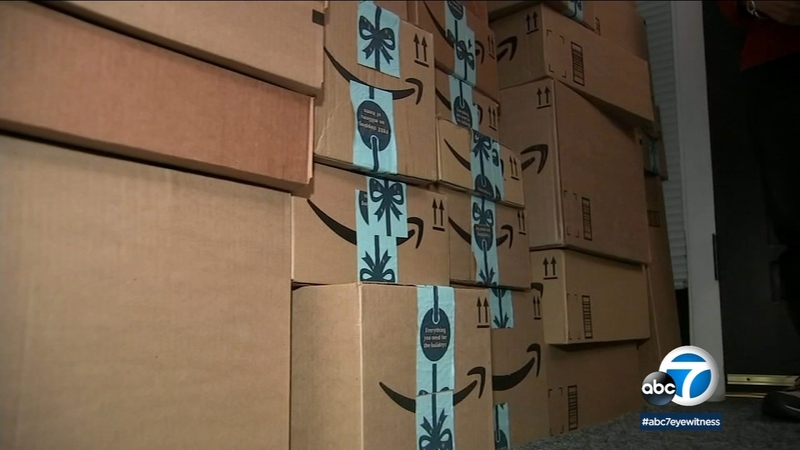 ROLLING HILLS ESTATES, Calif. (KABC) -- After dozens of unopened Amazon packages were found dumped in Rolling Hills Estates, the company has yet to explain how something like this could happen.