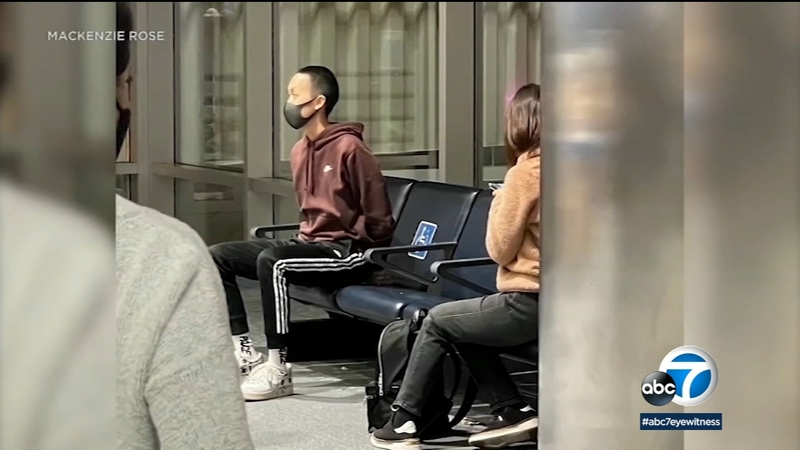 Brian Hsu was charged with interference with a flight crew and assault within the special aircraft jurisdiction of the United States, the Department of Justice said in a statement.

The charges stem from Hsu's alleged assault on Oct. 27 aboard American Airlines Flight 976, which was diverted to Denver, Colorado. Hsu is expected to appear in U.S. District Court for the Central District of California for an initial appearance on Monday, according to the U.S. Attorney's Office.

The attack on the flight attendant was unprovoked, a source familiar with the investigation said last week.

While some had speculated that the assault was related to a mask violation, ABC News learned that it started when the female flight attendant accidently bumped the first-class passenger earlier in the flight and quickly apologized.

Later on, the passenger walked to the back of the plane and allegedly punched the flight attendant twice in the face, breaking her nose. The passenger then returned to his seat as if nothing happened.

The alleged assault prompted Flight 976 from New York City's JFK International Airport to John Wayne Airport in Santa Ana to make an emergency landing in Denver Wednesday, the airline said in a statement. The plane eventually made it to Orange County.

The airline said the plane landed safely and taxied to the gate where law enforcement removed the passenger and took him into custody. A photo posted on Twitter by another passenger shows the suspect handcuffed and sitting at the gate. Passenger Liv Johnson said she then saw staff duct-tape the passenger to a seat.

"We are outraged by the reports of what took place on board. Acts of violence against our team members are not tolerated by American Airlines. We are working with law enforcement to support our team member and pursue prosecution, and the individual involved in this incident will not be allowed to travel with us in the future," American Airlines said in a statement.

The head of American Airlines described the incident as "one of the worst displays of unruly behavior we've ever witnessed."

In a video statement posted on social media, American Airlines CEO Doug Parker said it is supporting the injured flight attendant and banning the man accused of assaulting her from flying on the airline again.

CNNWire contributed to this report.