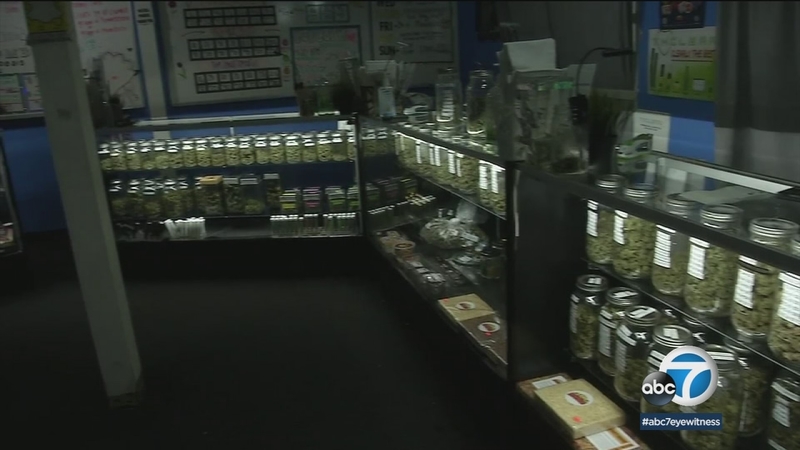 Anaheim cracks down on illegal dispensaries

ANAHEIM, Calif. (KABC) -- The city of Anaheim and its police department are cracking down on marijuana dispensaries operating illegally within the city.

During a ride-along, members of Anaheim Police Department's vice unit entered a non-descript building near Euclid and Cerritos. After clearing the building, officers filled evidence bags with pounds of marijuana.

Outside, officers searched and questioned customers and employees of the dispensary.

"This particular location, we've shut down at least four, if not five prior times," Sgt. Daron Wyatt said. "Now we've involved the entire city process to try and keep these places closed."

Each time, officers confiscate all of the products inside, including flowers, edibles and wax, as well as cash. Employees are then cited. The city's already shut off the utilities at the location, but they continue to find new ways to operate.

"There's creativity involved in it, as you saw in this one, there's more than a dozen marine batteries that have been hooked up to solar panels on the roof," Wyatt said.

While licensed dispensaries can operate in neighboring Santa Ana, it's against city code in Anaheim. The police department's cracking down on this dispensary after a flurry of complaints from neighbors in the area.

The dispensary is also within half a mile of a high school.

Anaheim police estimate there's more than 20 illegal dispensaries operating in the city. They shut this one down and red tagged it, hoping it sends a message to the others.