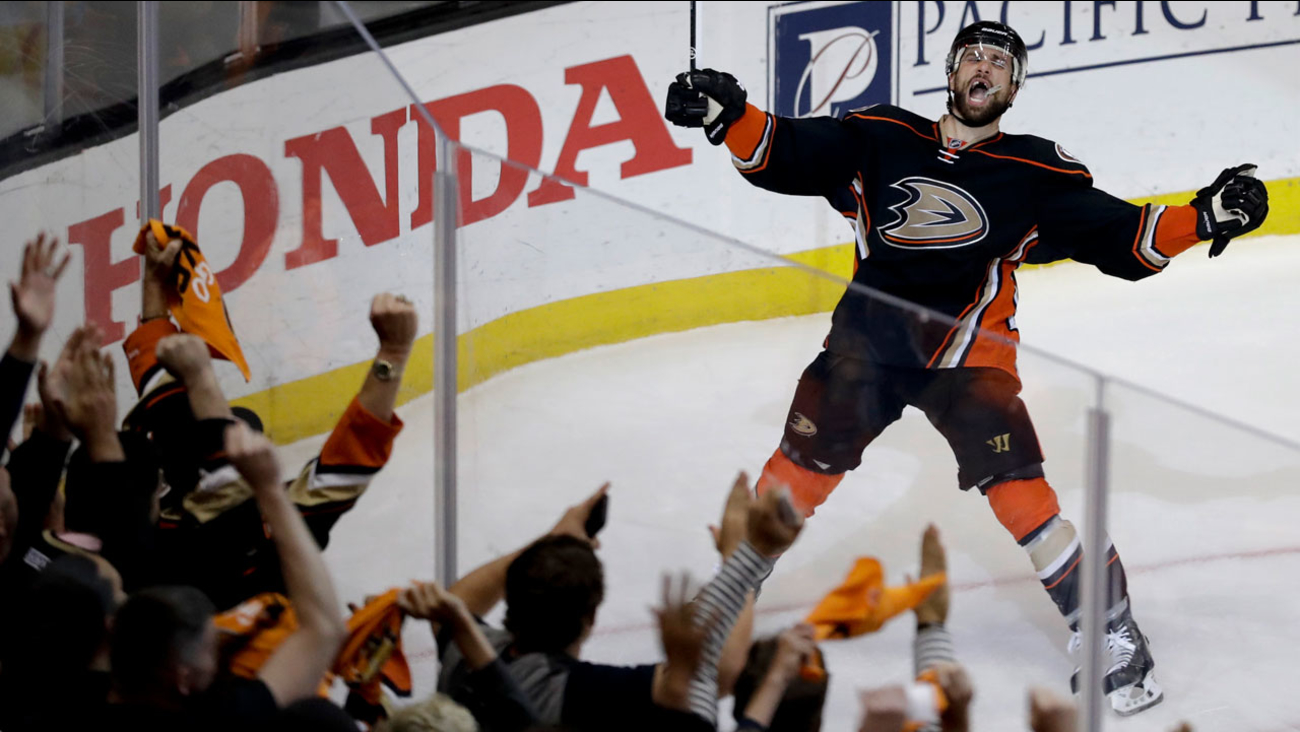 ANAHEIM, -- Nick Ritchie scored the tiebreaking goal early in the third period, and the Anaheim Ducks ended their streak of five straight Game 7 losses with a 2-1 victory over the Edmonton Oilers on Wednesday night, advancing to the Western Conference finals for the second time in three years.

Andrew Cogliano scored the tying goal midway through the second period for the Ducks, who had blown a 3-2 series lead and lost a Game 7 on home ice in four consecutive seasons.

After a rally from an early deficit and a strong defensive performance to back John Gibson's 23 saves, the Ducks ended their ignominious streak and moved halfway to the franchise's second Stanley Cup title.