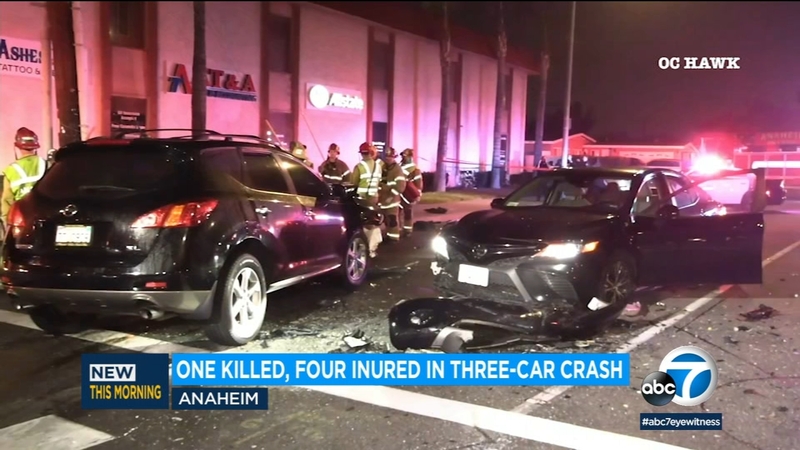 ANAHEIM, Calif. (KABC) -- One man was killed and four others were hurt from a three-car crash in Anaheim allegedly caused by a drunk driver.

Police say the driver of a black Nissan Murano failed to stop at a red light, crashing into a Honda Accord that was heading northbound on Magnolia.

One, or possibly both, of those vehicles then hit a third car, a Toyota Camry, which was stopped at the red light.

The driver and passengers inside the Camry were not seriously injured. The Camry displayed an Uber sticker but it was not immediately clear if it was operating as a rideshare service at the time of the collision.

There were four men in their 30s and 40s inside the Honda.

A rear passenger, around 49 years old, of the Honda was declared dead at the scene. Three other occupants of that vehicle were injured and transported to a local hospital

The 28-year-old Anaheim man driving the Nissan was arrested on suspicion of drunk driving. He was also transported to a hospital with minor injuries. His name has not yet been released.