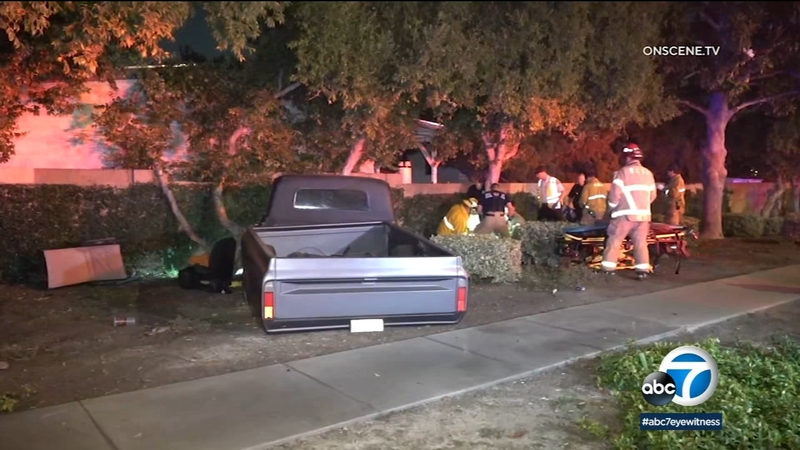 ANAHEIM, Calif. (KABC) -- A driver was detained and released Sunday night after the pickup truck he was driving struck two women on a sidewalk in Anaheim, authorities said.

Officers responded shortly after 9:30 p.m. to a report of an injury crash in the 200 block of N. Grand Avenue, according to the Anaheim Police Department.

In a statement, police said the driver of a gray older-model truck was "operating the vehicle in an erratic manner, causing it to jump a curb and strike two pedestrians."

Witnesses told authorities that the driver was doing performing burnout maneuvers in the street before the collision.

Anaheim Fire & Rescue paramedics responded to the scene and attended to the two victims, ages 22 and 44, both of whom are Anaheim residents, the news release said. The women were transported to a hospital, where they were both listed in critical condition.

"The driver of the pick-up truck was evaluated to determine if he was driving under the influence (DUI); however, DUI was not suspected," the Police Department said. The driver, who has not been publicly identified, was released "pending further investigation."