"She thanked them for their work," said the head of Lviv's regional military administration.
CNNWire
By Hande Atay Alam and Radina Gigova 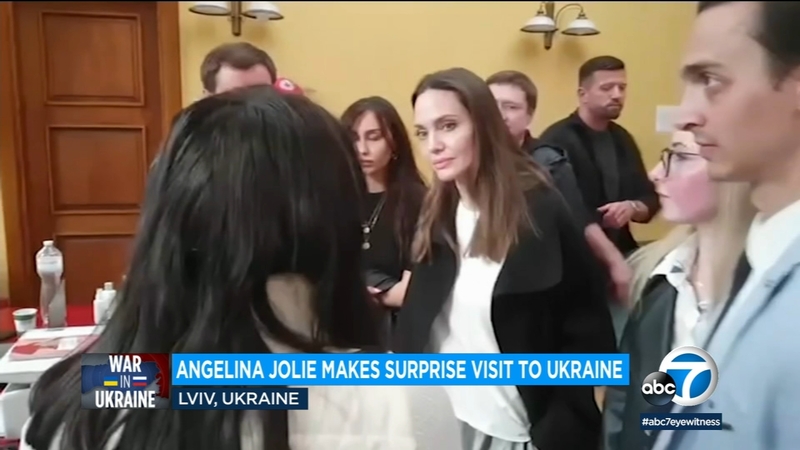 LVIV -- Actress and activist Angelina Jolie paid a surprise visit to a boarding school and medical institution in the western Ukrainian city of Lviv on Saturday, according to Maksym Kozytskyy, head of Lviv's regional military administration.

"In one of the medical institutions, she has visited children who suffered from a missile strike by the Russian military on the Kramatorsk train station. She was very moved by their stories. One girl was even able to tell Ms. Jolie about her dream privately," Kozytskyy said.

Jolie also visited a boarding school in Lviv, which has become a way point for displaced people, humanitarian aid and weapons. She told the children she'd come back, Kozytskyy said.

At Lviv's main railway station, where Ukrainian residents arrive with regularity, she talked to volunteers providing medical and psychological assistance.

"Our work is not done," said the couple in an Instagram post. "We will do everything we can to ensure that the outpouring of love that came as a part of this campaign finds maximum impact with those in need."

"She thanked them for their work," Kozytskyy said. "She talked to people who managed to leave the zones of active hostilities."

Jolie is a United Nations special envoy for refugees, but Joung-ah Ghedini-Williams, head of global communications for the UN High Commissioner for Refugees, said Jolie traveled to the region in her personal capacity and that UNHCR has no involvement in this visit.

In March Jolie visited Yemen and drew parallels between people in that nation and those suffering because of the war in Ukraine.

Earlier on Saturday, Jolie was photographed visiting a coffee shop in Lviv. CNN has reached out to Jolie's representatives for comment.