Angels Flight, known as the shortest railway in the world, reopen amid fanfare in downtown Los Angeles on Thursday, Aug. 31, 2017, after a four-year hiatus.

DOWNTOWN LOS ANGELES (KABC) -- Angels Flight, known as the shortest railway in the world, reopened amid fanfare in downtown Los Angeles on Thursday morning after a four-year hiatus.

The popular funicular is comprised of two railroad cars that counterbalance each other as they ascend and descend Bunker Hill.

A stairway has been installed alongside the rail line, giving riders an exit in the event of a breakdown.

"Certainly we had to do the things that we did with sensitivity to the historic nature of it, but also making sure that we have the safety improvements that we needed for the world today," said Steve DeWitt, senior vice president of ACS Infrastructure Development.

Angels Flight was closed in 2013 after one of the cars derailed, leaving passengers stranded. Several improvements have been made since the incident.

Actors Emma Stone and Ryan Gosling rode in one of the railroad cars in a scene in the 2016 movie "La La Land."

"Whether you're talking about 1901 Angels Flight or 2017 Angels Flight, they are both an example of the creativity and innovation that Los Angeles has been known for since its founding," said City Councilman Jose Huizar. 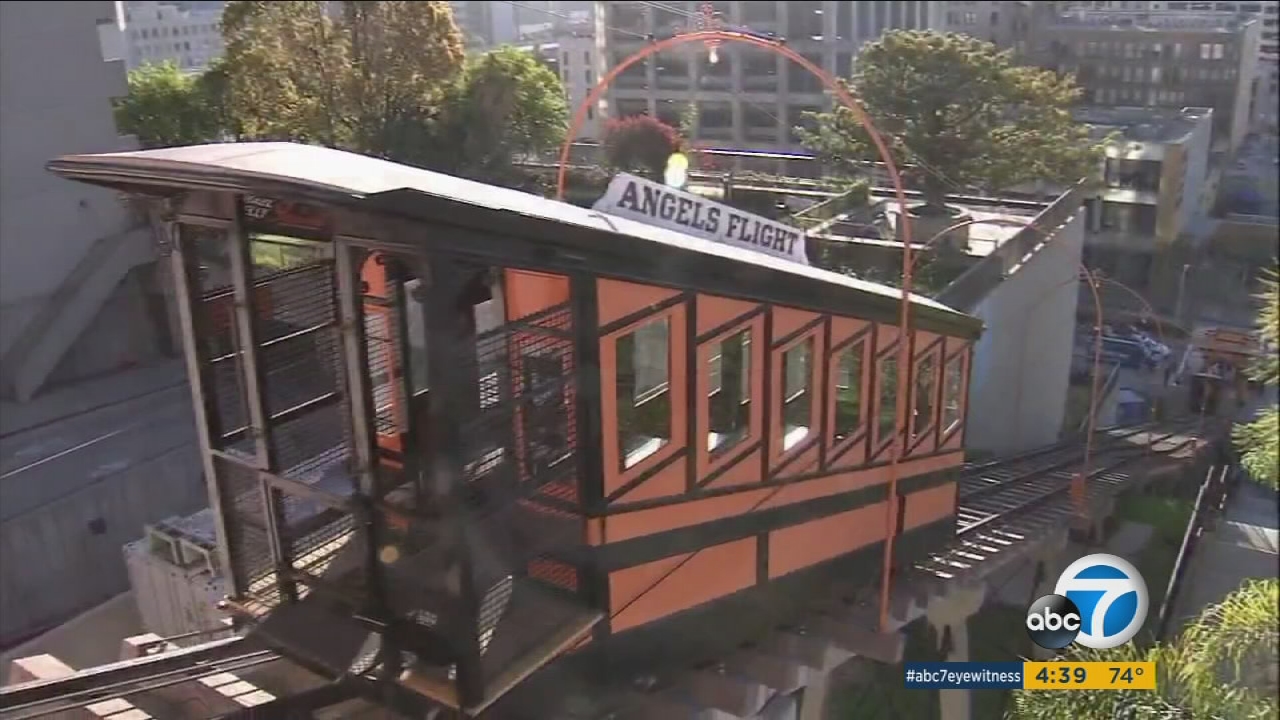 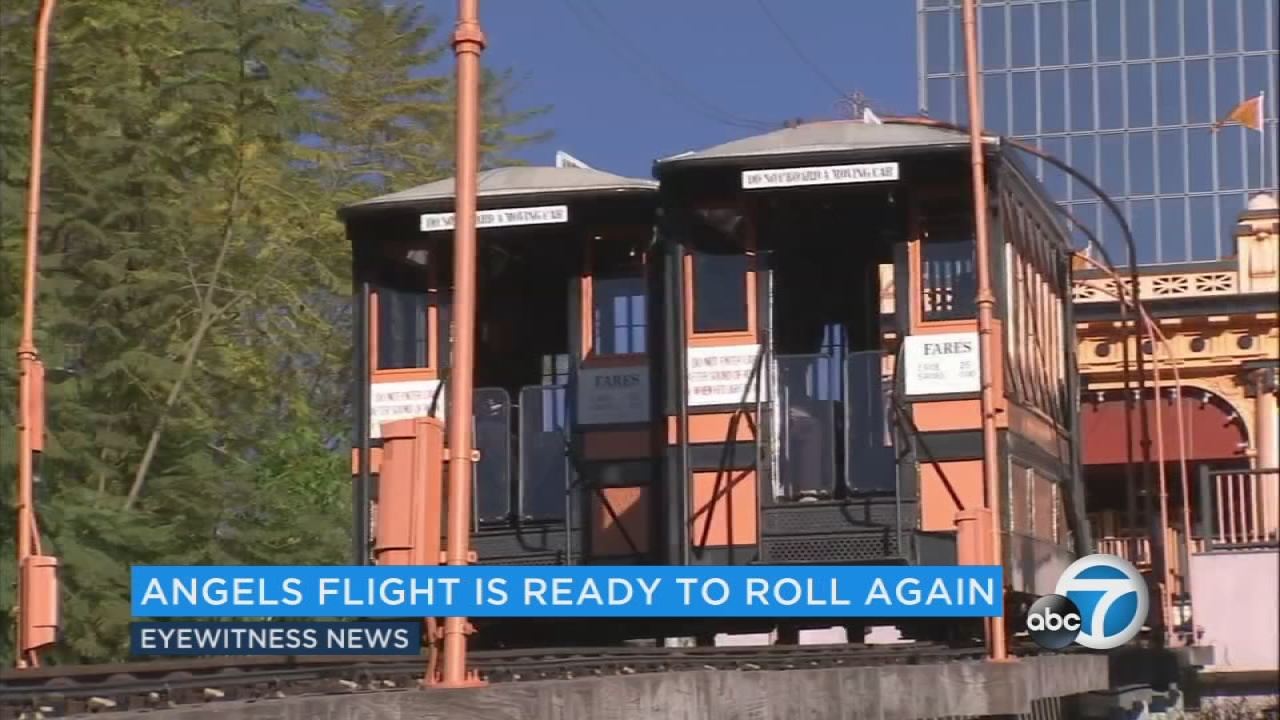