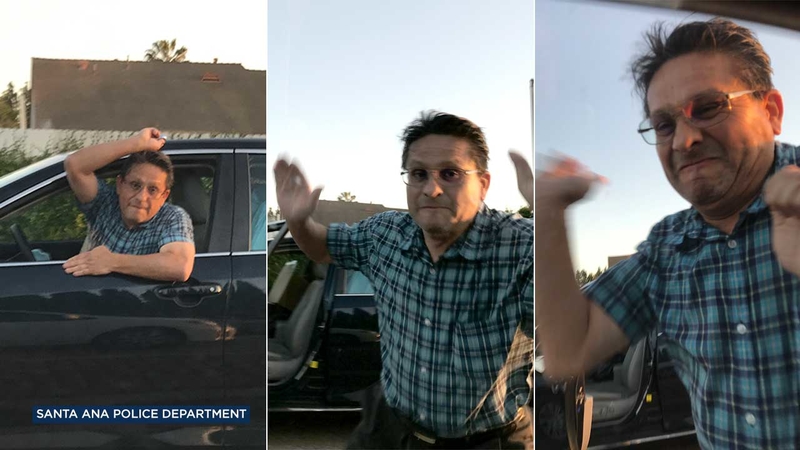 SANTA ANA, Calif. (KABC) -- An angry man is seen on video throwing a fit at an Orange County gas station, yelling at a clerk and ripping items off the shelves.

The rampage caused about $1,200 worth of damage to the Chevron in Santa Ana, according to the station's owner.

The incident started when the man was seen loitering by the gasoline pumps, apparently trying to remove a sticker. The clerk asked him to leave.

He began yelling at her, then came inside the store and started throwing candy bars at her. He stepped out, then came back in and tried to attack her as she is calling 911, but was stopped at the low swinging clerk's door which she had locked.

He leaves again, then immediately comes back and throws displays on the ground and at her, before finally leaving.

"I was shocked," said gas station owner Cynthia Domoslai. "Totally shocked, I was like, what kind of person and what kind of mindset do they have?"

Police say the same man was then allegedly involved in a road rage incident.

They say he was cursing at another driver, spit at her car, then got out and began punching her passenger side window.

"He gets out of the car becomes extremely aggressive with her, in fact starts pounding on her window," said Cpl. Anthony Bertagna with the Santa Ana Police Department.