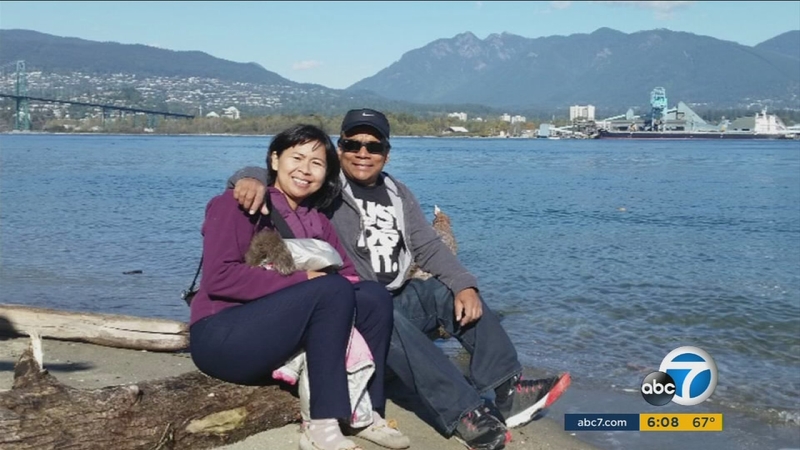 SAN BERNARDINO, Calif. (KABC) -- A woman who attended the same mosque as the San Bernardino attackers was shot several times during the terrorist attack, then hid in a bathroom with co-workers until help arrived.

But now Anies Kondoker and her husband Salihin Kondoker are using the attack to speak out against radical Islam.

MORE: What we know about the San Bernardino terrorist attack

While praying for victims of the attack, Salihin Kondoker told ABC7 that Syed Farook and Tashfeen Malik were not true believers in Islam.

"I don't believe terrorism and religion has any connection. This is anti-Islamic, this kind of activity, this kind of behavior," he said.

Anies Kondoker is recovering after being shot three times in the shooting at the Inland Regional Center on Wednesday.

The attack killed 14 people and injured 21 others.

Salihin Kondoker said the latest U.S. attack as well as 9/11 wounded and killed innocent people of all religions, including Muslims.

"Religion is supposed to give peace to the world. I read in the Koran and the Old Testament. If you kill one innocent human being you will be charged as if you have killed entire humanity," Salihin Kondoker said. "These co-workers who work for the county health department, these are innocent people."

The Kondokers not only fear the U.S. has become too violent with mass shootings, but they're also concerned Muslims could possibly face some kind of retaliation by those who connect the religion to terror.

Their family in Bangladesh want them to return, but the Kondokers said the U.S. is now their home and they're ready to fight terror side-by-side with Americans.