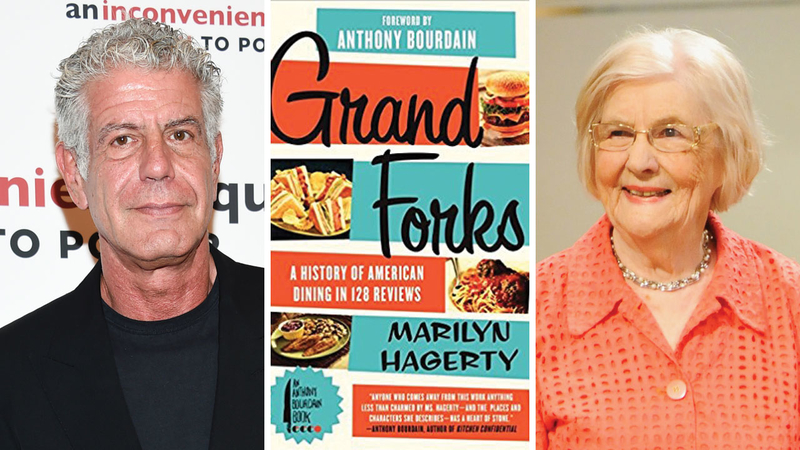 GRAND FORKS, N.D. -- The internet was not kind to local newspaper columnist Marilyn Hagerty after she published a review of her local Olive Garden in 2012.

Hagerty hailed the location as the "largest and most beautiful restaurant" operating in Grand Forks, North Dakota. She lauded the decor, the attentive wait staff and (of course) the chicken alfredo, which she said was "warm and comforting on a cold day."

The review racked up hundreds of thousands of page views, and the mocking and sniping on social media followed shortly thereafter. And while late celebrity chef Anthony Bourdain admitted that he, too, initially laughed at Hagerty's no-nonsense review, he later came around and pointed out that Hagerty's work highlighted "the America too few of us from the coasts have seen."

Marilyn Hagerty's years of reviews to be a history of dining in the America too few of us from the coasts have seen. We need to see.

The review brought Hagerty international attention, and she soon embarked on a media tour that included stops at "Good Morning America," "Top Chef" and the New York Times -- and an eventual collaboration with Bourdain, who edited and published "Grand Forks: A History of American Dining in 128 Reviews," a book of Hagerty's small-town restaurant reviews.

"This is a straightforward account of what people have been eating-still ARE eating-in much of America. As related by a kind, good-hearted reporter looking to pass along as much useful information as she can-while hurting no one," Bourdain wrote in the book's foreword, which Eater republished in its entirety. "Anyone who comes away from this work anything less than charmed by Ms. Hagerty-and the places and characters she describes-has a heart of stone."

After news of Bourdain's suicide broke, Hagerty spoke to the Grand Forks Herald about her experience working with Bourdain.