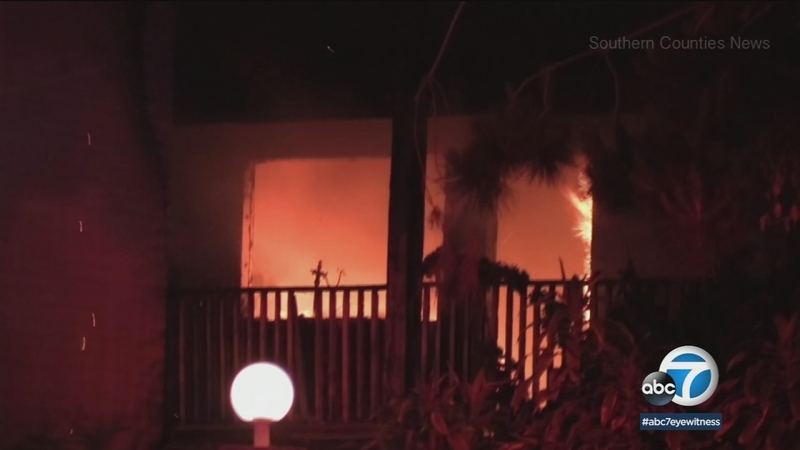 SANTA ANA, Calif. (KABC) -- A suspicious fire that ripped through a Santa Ana apartment early Wednesday morning injured three people, one of whom was detained for questioning, authorities said.

Orange County Fire Authority investigators believe the blaze may have originated in the apartment of the woman being held as a person of interest.

About 80 firefighters responded to 1600 block of First Street shortly after midnight and were met with flames on the second and third floors of the structure.

The fire was extinguished within about 45 minutes, the OCFA said. As many as 10 apartment units were damaged or destroyed in the building, a converted motel.

One person suffered critical burn injuries; the other two patients, including the person of interest, were hospitalized with less serious injuries. The woman in custody was not immediately identified.

"All I can say is that she's being detained in relation to questioning to the fire," whose cause was under investigation, said Capt. Tony Bommarito, an OCFA spokesman.