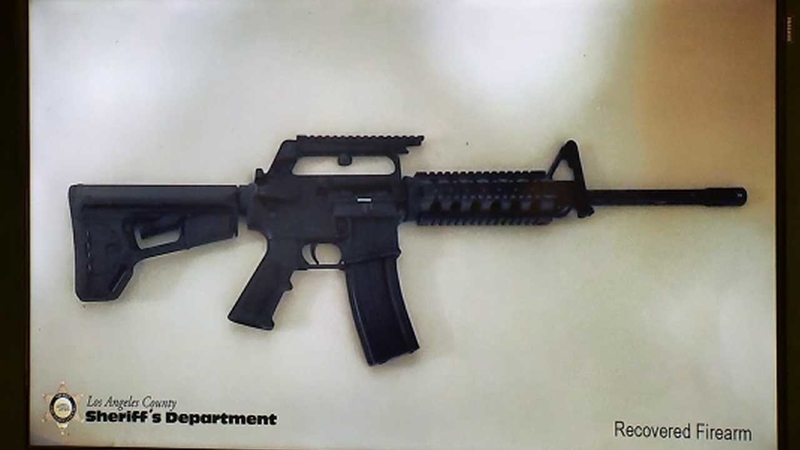 According to Undersheriff Tim Murakami, deputies from the Los Angeles County sheriff's Century station initiated the investigation, which led to a search warrant and the seizure of a AR-15 rifle, a large cache of ammunition and "a list of intended victims and a drawing of the school layout."

At a morning news conference, Sheriff Alex Villanueva said several students notified teachers after overhearing a threat that a shooting would take place at the campus on Friday.

The school's administration notified authorities, prompting interviews by deputies and a search of the suspect's home, Villanueva said. The rifle, a high-capacity magazine and about 100 rounds of ammunition were also seized, along with the target list and the rudimentary drawing.

A 19-year-old relative of the teen was also arrested at the home where the search warrant was served. He was arrested for possession of an unregistered firearm and is being held on $35,000 bail.

The firearm was unregistered but does have a serial number, investigators said, adding that it did not appear to be a so-called ghost gun. A photo of the weapon was displayed at the news conference.

The suspect's name was not released because he is a minor.

"With all incidents like these, we ask all Los Angeles County residents that if they see or hear something, to say something," the sheriff said. "In this case, the fact that people stepped forward and said what they had heard led us to be able to prevent a tragedy today."