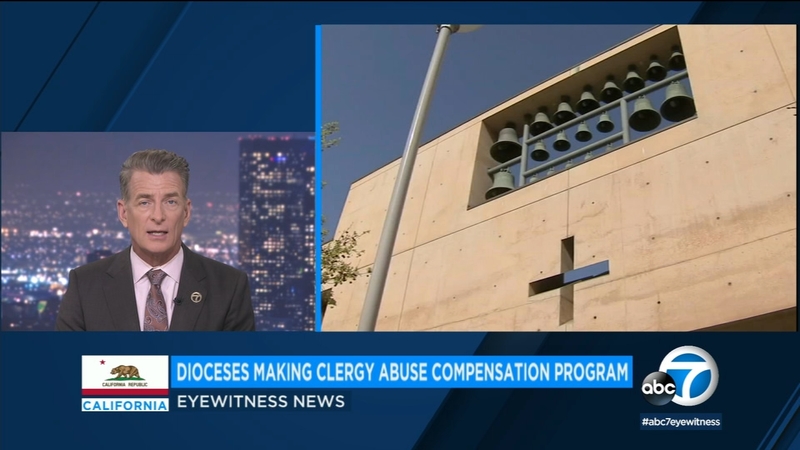 LOS ANGELES (KABC) -- Six Roman Catholic dioceses in California are creating a program to compensate people who were sexually abused by priests as children.

Organizers say the program is part of the Church's effort to own up to its failure of protecting children and young people.

The program announced Tuesday includes the Archdiocese of Los Angeles and the dioceses of Fresno, Orange, Sacramento, San Bernardino and San Diego. Together, they cover 36 counties and some 10 million Catholics, or about 80% of the state's Catholics.

The compensation covers abuse committed by priests, but those who accept it must agree to not file a lawsuit.

The program, which is expected to start before the end of summer, will be independently administered by Washington, D.C., attorneys Kenneth R. Feinberg and Camille S. Biros and an oversight board that includes former California Gov. Gray Davis and Maria Contreras-Sweet, former administrator of the U.S. Small Business Administration, according to a statement from Feinberg's firm.

It was unclear how much abuse survivors could receive under the compensation program.