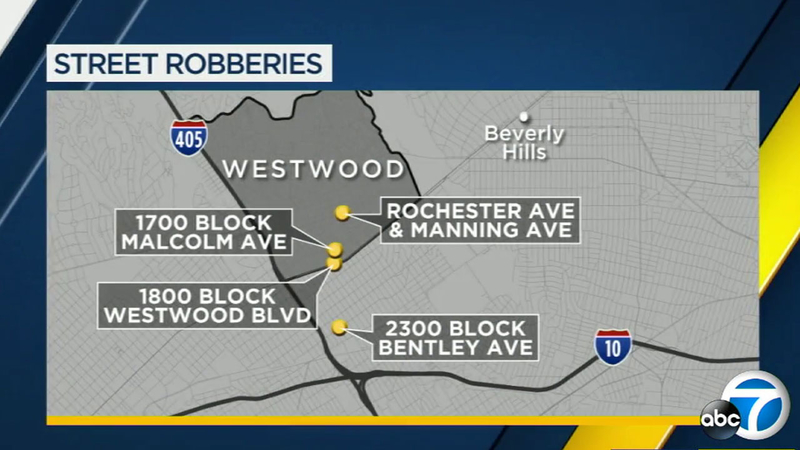 One woman described the terrifying encounter to Eyewitness News. She said she was walking her dog in the 1700 block of Malcolm Avenue when she noticed a man behind her. He was holding a gun and demanded her cellphone.

"It was very scary," the victim said. "I was really terrified. I couldn't believe that something like this was happening."

She had a purse, but said the armed robber was only interested in taking her cellphone. The Los Angeles Police Department says there were four other robberies in that area between 7:30 p.m. and 9 p.m.

The woman described the robber as a man in his 30s, wearing a sport jacket, light green shirt and black pants. In most of the incidents, the suspect fled to a waiting four-door black sedan with a getaway driver inside.