Here's what you need to know about Armenia and Azerbaijan's deadly conflict over Nagorno-Karabakh.
KABC 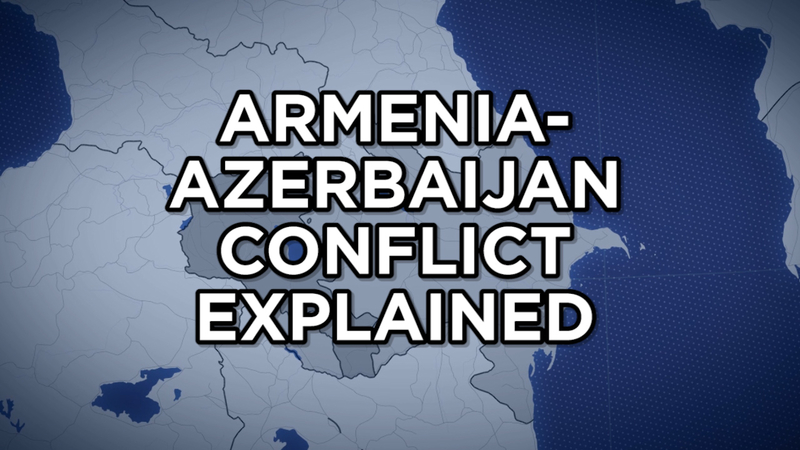 The conflict between Armenia and Azerbaijan explained

Nagorno-Karabakh is a mountainous region you may have never heard of before, but right now, it's the backdrop for the deadly conflict between Armenia and Azerbaijan.

Karabakh, or known to Armenians as Artsakh, is about the size of Delaware and lies within Azerbaijan, but has historically been occupied by ethnic Armenians and under the control of ethnic Armenian forces since the end of a separatist war in 1994 that killed about 30,000 and displaced around one million.

Fighting periodically breaks out around Karabakh's borders, but the long-simmering feud came to a head most recently on Sept. 27. Hundreds, including civilians, have been killed and wounded in attacks.

Russia is hosting Armenia and Azerbaijan's foreign ministers for truce talks as fighting continues around the disputed territory of Nagorno-Karabakh.

Watch the video above for more.

SEE MORE: Why thousands of SoCal Armenians will march through LA this weekend