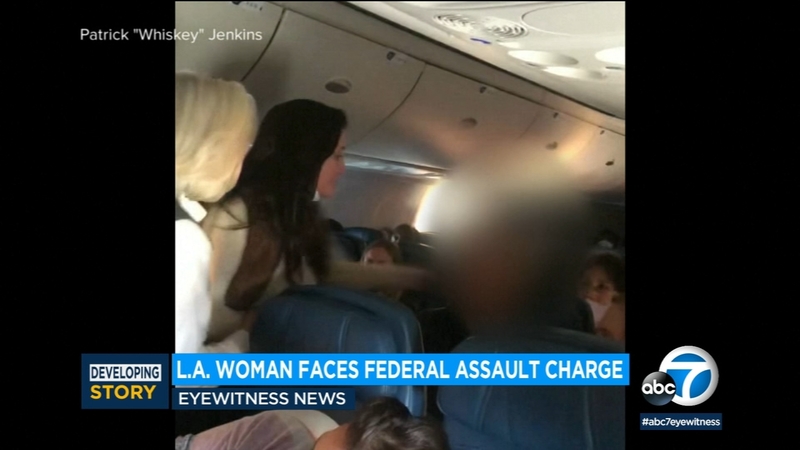 A Los Angeles woman is now facing a federal assault charge after allegedly hitting and spitting on another passenger on a Delta flight from Tampa to Atlanta last week.

The Thursday incident occurred after the woman, identified as 51-year-old Patricia Cornwall, became upset that a beverage cart was blocking her way to the bathroom.

When Cornwall asked a flight attendant to help her find her seat, the flight attendant requested that she find an open seat until beverage service was complete, according to an unsealed criminal complaint obtained by CNN.

"(Cornwall) responded to the flight attendant, 'What am I Rosa Parks?'" the complaint says.

The 80-year-old male passenger said he "told Cornwall it was an inappropriate comment and that she 'isn't black....this isn't Alabama and this isn't a bus,' " according to the complaint.

The man then purportedly told Cornwall to "sit down Karen," according to the complaint.

The court document says a verbal back and forth ensued, before Cornwall allegedly hit him. According to court documents, that man told an FBI investigator that she also spit on him.

Cornwall made her first court appearance on Monday. She could face up to one year in prison and up to a $100,000 fine if found guilty.