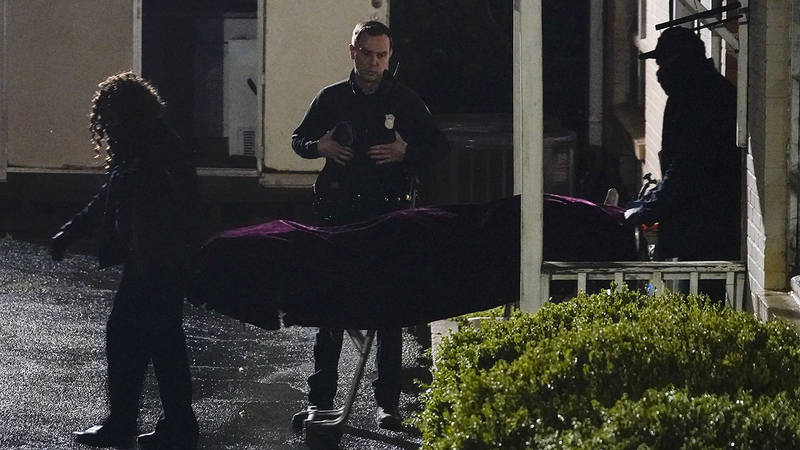 ATLANTA -- A Georgia official faced swift backlash for pinning a shooting rampage that left eight dead at three Atlanta-area spas on a "very bad day" for the alleged gunman.

Robert Aaron Long, a 21-year-old white man, is accused of killing eight people Tuesday evening in attacks that began when five were shot at Youngs Asian Massage Parlor in Acworth, about 30 miles north of Atlanta, and continued at Gold Spa and Aromatherapy Spa in Atlanta.

Six of the victims were identified as Asian and seven were women.

In a press conference Wednesday morning, Capt. Jay Baker, a spokesperson for the Cherokee Sheriff's Office, said Long was taken into custody "without incident" and described having "a bad day" as part of the suspect's mindset.

Baker said the Long "understood the gravity of [his crime]. And he was pretty much fed up, had been kind of at the end of his rope, and yesterday was a really bad day for him, and this is what he did."

The spokesperson said that Long was blamed "sex addiction" and temptation for his rampage and told police the attack was not racially motivated. It was not clear if Long ever went to the spas where the shootings occurred, and other officials said it was too early to determine a motive.

Baker's characterization of the cold-blooded murders drew intense reaction, with some calling it "strange," "casual" and even "sympathetic."

"This sheriff is offering up excuses for the murderer like he's their legal defense," @sea_of_shoes posted to Twitter.

This sheriff is offering up excuses for the murderer like he’s their legal defense. “He was having a bad day, he struggled with sex addiction, he wanted to limit the source of temptation, this wasn’t racially motivated” clearly the victims are expendable to law enforcement too

"There is no way in hell he would have said that if the killer was brown or black," @asiehnamdar tweeted.

There is no way in hell he would have said that if the killer was brown or black.