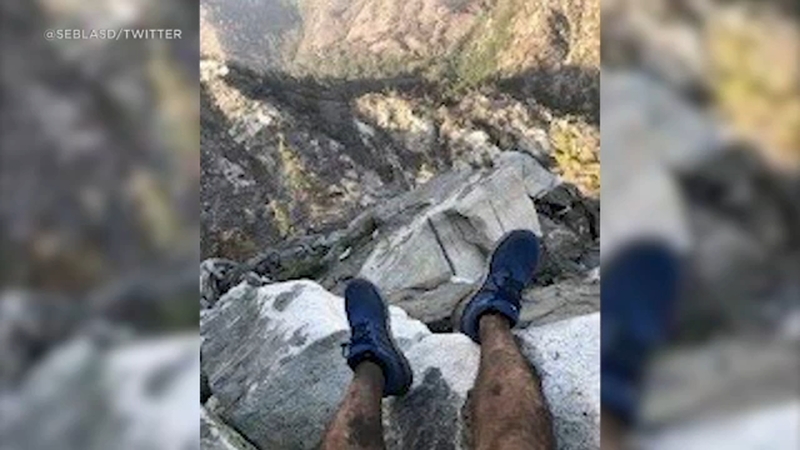 LA CRESCENTA, Calif. (CNS) -- Angeles National Forest officials on Friday announced an investigation into the possible unauthorized entry into a federally closed burn area by a 45-year-old hiker who became lost in the area.

Rene Compean of Palmdale was reported missing about 6 p.m. Monday when a friend called the Crescenta Valley Sheriff's Station after receiving a text message from Compean stating that he was lost and his cellphone was dying, according to the Los Angeles County Sheriff's Department.

Compean sent his friend a picture earlier in the hike from a trail with a burn area near a mountain. The sheriff's department circulated the picture Tuesday and asked for information from anyone who knew the area.

A Twitter user recognized the area depicted in the photo and the LASD used information the user gathered to narrow their search. Rescuers also collaborated with Ben Kuo, a ham radio operator, who used GPS locations to aid in the search.

Compean was found safe and in good condition about 3:45 p.m. Tuesday in a remote ridgeline near Twin Peaks East and Triplet Rocks, said Sgt. John Gilbert of the Crescenta Valley Station. Compean was taken to the Chilao Campgrounds in the Palmdale area and airlifted to safety.

The location seen in the photo Compean sent to his friend was a federally closed burn area that was scorched by last year's Bobcat Fire, said Captain Russ Tuttle, Chief of Law Enforcement for the Angeles National Forest.
EMBED More News Videos

A man from Palmdale who went missing while hiking in the Angeles National Forest has been found safe and is in good condition, according to authorities.

The area was closed for public safety and is "one of the least accessible locations in the San Gabriel mountains."

The Bobcat Fire burned away nearly all forest signage and location markers, though hiking websites list the area Compean entered as closed, according to an Angeles National Forest statement. The majority of the area east of the Angeles Crest Highway and west of Highway 39 is restricted to the public until April 1, 2022.

Entering a fire closure zone is a misdemeanor crime that can result in up to six months in jail and up to a $10,000 fine, Tuttle said.

"We hesitate to use criminal action, as we don't want to discourage people from calling for help when needed,'' Tuttle said. "However, people need to know these areas are closed for their safety.''

The Angeles National Forest plans to consider all legal options as it investigates the entry, according to an official statement.