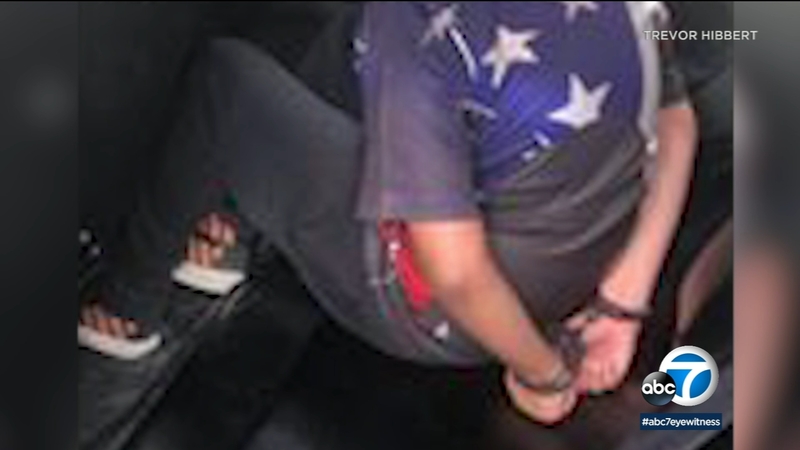 LANCASTER, Calif. (KABC) -- No parent would ever want to see their child handcuffed in a patrol car, but much less when that child has special needs.

Abraham Hibbert, 11, is diagnosed with autism. His dad says he ran off from Endeavour Middle School in Lancaster Monday after kicking a school employee, while he was being restrained. School officials called sheriff's deputies for help to track the boy down.

"What would have happened to my little boy if before the police got there, in a melt-down state, he'd step in the wrong place or walked into the street and been hit by a car?" asked Trevor Hibbert, Abraham's father.

Hibbert says the school and the district are to blame. He says administrators at Endeavour have been negligent in following the IEP, or individualized education program, the district had in place for Abraham in elementary school. The IEP called for a trained one-on-one aide for Abraham while at school.

According to Hibbert, the aide at Endeavour is sometimes replaced by a non-trained school employee, and that the district should have drafted an updated IEP for Abraham before the new year.

A statement released by the Lancaster School District superintendent read:

"While we cannot comment on all of the details of this child's services, we all agree that the incident that occurred yesterday is highly regrettable for everyone involved and we will continue to work with the family to support this child."

Abraham's father says Monday's incident is the third time his son has left campus since school started in August. Each incident followed what Abraham's father calls a "meltdown," during which Abraham requires space and time to calm down. Instead, Hibbert said school staff has cornered Abraham, prompting him to want to escape.

It was after one of these incidents that Hibbert said the school requested an involuntary psychiatric hold for Abraham that landed the boy in a mental hospital. Hibbert says Endeavour's administrator has to go.

"They need administrators, not just one-on-one aides, not just special-education teachers, but administrators who understand the scope of autism and what it means and how those children react," he said.