California has highest gas tax in the nation with new hike 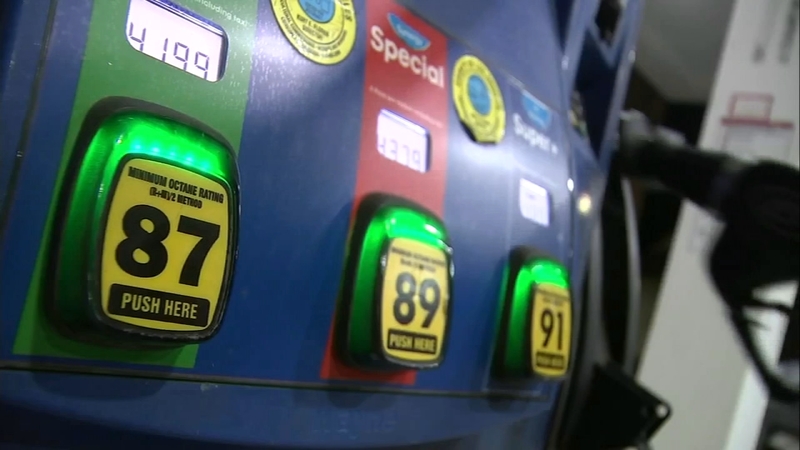 California has highest gas tax in the nation with new hike

It's the latest increase from a 2017 law designed to raise about $50 billion over the next decade for road and mass transit programs.

A 12-cent-per-gallon boost came that November, and voters last year rejected a Republican-led effort to repeal the law. But Southern California voters did recall one Democratic lawmaker who helped pass the measure.

California motorists were paying an average $3.75 per gallon as of late June, far above the national average of $2.71 calculated by AAA.

The gas tax increased to 47.3 cents a gallon July 1, according to the state Board of Equalization, and will continue to increase indefinitely starting next year to keep up with the California Consumer Price Index.

AAA estimates the increased tax will cost drivers 78 cents more every time you fill up an empty 14-gallon tank, costing about $3 more per month and $37 more per year - if not more for those who travel further and in larger vehicles.

The money generated from the tax is split between state and local governments, with much of going to fix potholes and rebuild crumbling roads and bridges. Some is also going to public transportation, biking and walking trails, and other projects.

Republicans pointed out again that the tax is increasing even as Gov. Gavin Newsom and fellow Democrats complained about high gas prices.

The impending 5.6 cents per gallon boost "will make California less affordable and take another $850 million out of our families' pocketbooks," said Senate Republican Leader Shannon Grove of Bakersfield. Assembly Republicans floated an amendment to delay the increase, but majority Democrats blocked the attempt two weeks before the increase takes effect.

Those who drive Uber or Lyft could feel a serious pain at the pump.

Sam Manuel, a local full-time Lyft driver, said he saves on fuel by driving a Prius, but he admits the tax will add up.

"Every penny counts, and sometimes you're only making maybe $85 to $100 a day. And if you're adding more money each time you go to the gas station, it takes a little bit more to fill your tank up, that goes against what your draw is," Manuel said. "You're not gonna feel it the first couple times, but after a month's worth, it's definitely going to affect it."

A Lyft spokesperson told Eyewitness This the company has a fuel rewards program for drivers that can save them up to 7 cents per gallon at Shell stations. Uber declined to comment.

Some 3.5 million Southern California residents are expected to travel this July 4 holiday weekend, the majority of them by car, according to the Auto Club.

The average price for gasoline statewide now is just over $4 a gallon.