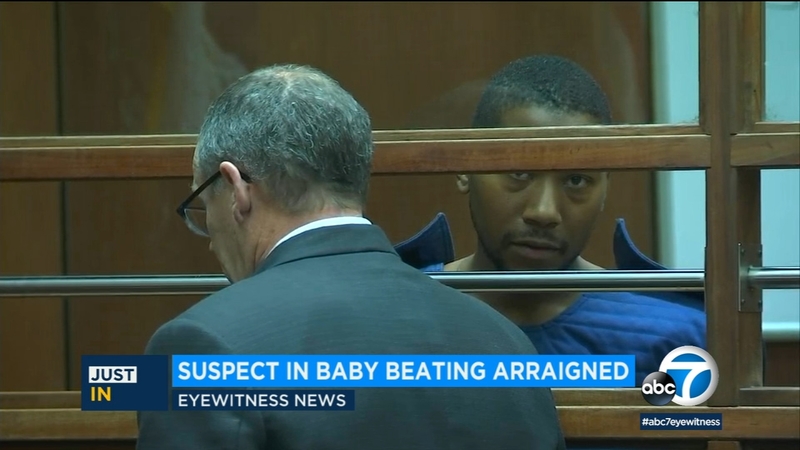 Michael Freeman pleaded not guilty to attempted murder and child abuse charges. A Los Angeles Superior Court judge ordered Freeman to remain jailed without bail while awaiting a hearing May 3 to determine whether there is sufficient evidence to require him to stand trial on the charges.

The 29-year-old father allegedly beat, strangled and attempted to drown his infant son, stopping only when officers burst in on him and used a Taser on him April 18.

The child's mother called police after she says Freeman followed her home and threatened her and their other child, a 7-year-old, then grabbed their baby and fled.

He then went to a nearby vacant apartment in the 800 block of South Hill Street where he tried to kill the child, police say. Officers used a Taser multiple times to get him to stop the attack.

The child was taken to a local hospital where he was listed in critical condition. The infant remains hospitalized.

Freeman, who recently got out of prison in Tennessee, is charged with one count each of attempted murder and child abuse under circumstances or conditions likely to cause great bodily injury or death, the Los Angeles County District Attorney's Office said.

Prosecutors say he was visiting L.A. from Nashville.

Police said the incident was caught on an officer's body camera.

If convicted as charged, Freeman faces a possible maximum sentence of life in prison. The case remains under investigation by Los Angeles police.