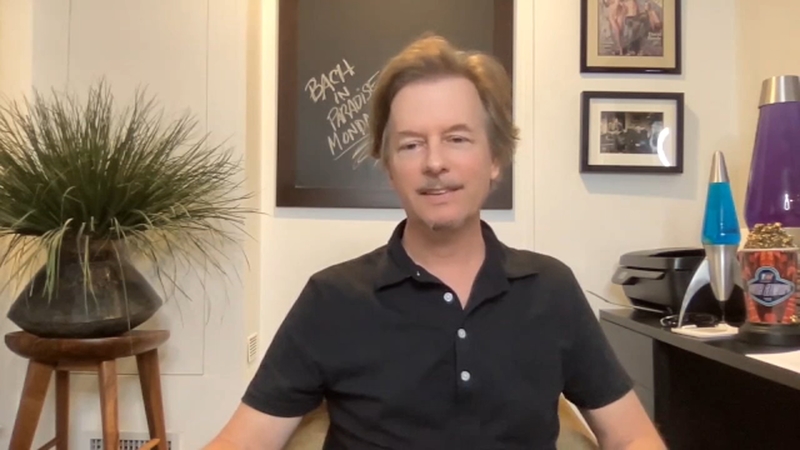 NEW YORK -- David Spade, known as a 'Bachelor Nation' super fan, shares what it's like to be a part of the action on "Bachelor in Paradise."

Spade says he didn't "seek out" being a guest host on the show, but rather executive producer Mike Fleiss saw it as an opportunity to change things up.

"Mike Fleiss is kind of an old buddy from when I used to watch the show and we got in contact, he thought that something I did on 'Funny or Die' was funny, and he said, 'Would you ever want to come on? We obviously don't know what we're doing and 'Bachelor in Paradise' is coming up and that might be a fun one for you to come on and do a few shows,'" Spade said. "I said would you just let me be funny and kind of do what I do anyway? And he said, 'Whatever you want. Just go there and shake it up because we need some levity we need some comedy.'"

Spade saw it as an opportunity to inject some comedy into the show and "fill it out more." "It won't be just information. He wanted to loosen it up, not read from the rulebook, and be honest about the fact that it's a show about hooking up that's a lot "like musical chairs." In that, he finds the funny.

Wells Adams as the bartender fills Spade in on the late-night activities he missed and Spade admitted he was shocked how fast people started hooking up.

"What happened to courting?! But they have no time. They're like, 'I'm getting kicked off tomorrow, I need to lock into someone. Like, it's me and you!'" Spade said. "The worst is when they think they're locked in and they pick someone else. It's brutal, I mean that show can be brutal."

In Spade's second episode, the intensity ratchets up when Demi arrives. She has eyes for one of the beach's most popular men, and he was already spoken for. Will he be swayed?

There's one last thing Spade doesn't want you to miss...

"At the end of the show, stay tuned until the very end. I get in a car and act like a fool," he said.