KABC
By ABC7.com staff
BALDWIN PARK, Calif. (KABC) -- The stabbing deaths of a man and woman at a Baldwin Park home appear to be a murder-suicide involving a married couple, deputies said Wednesday.

The two people were found Tuesday at the home in the 4200 block of Center Street after Baldwin Park police officers responded to a call for a welfare check. They found the couple dead at the scene with stab wounds to their upper bodies.

Police are investigating the deaths of a man and a woman who were found with stab wounds in Baldwin Park Tuesday.

After investigating, Los Angeles County sheriff's deputies say they believe the deaths were a murder-suicide committed by the man found at the scene.

They say he stabbed his wife a number of times with a kitchen-style knife, then stabbed himself to death. The knife was recovered at the scene.

Deputies say the couple had a history of domestic violence and there was a call for service to the home the day before the bodies were found.

The names of the couple were not released pending notification of family.

Anyone with information is asked to call the LASD Homicide Bureau at (323) 890-5500. Anonymous information can be provided to Crime Stoppers online or by calling (800) 222-TIPS (8477).
Report a correction or typo
Related topics:
baldwin parklos angeles countydomestic violencestabbingmurder suicide
Copyright © 2021 KABC-TV. All Rights Reserved.
RELATED 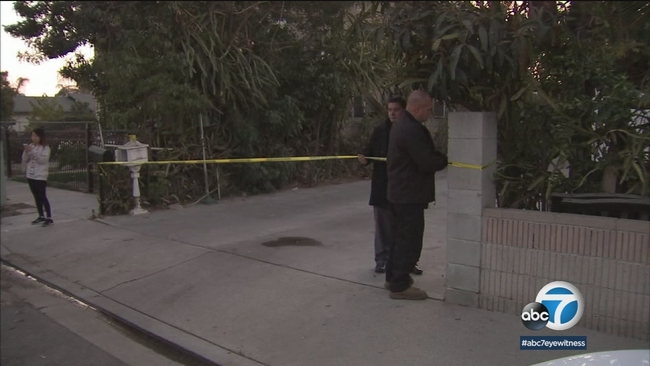