The foundation was poured for the Banc of California Stadium, which will be home to the Los Angeles Football Club.

EXPOSITION PARK, LOS ANGELES (KABC) -- After several weeks of excavation and digging, crews began to pour the foundation of the Banc of California Stadium in Exposition Park on Thursday.

"It was exciting just to begin tearing down the Sports Arena because it meant change, but to start pouring concrete means the beginning of the build," Tom Penn, president and co-owner of the Los Angeles Football Club said.

"We follow the European leagues a lot and you see it and say, 'Why not here? Why not state side and why not in California?" soccer fan Yomari Ruiz said.

The open-air stadium, specifically built for soccer, would also host concerts and other events. It will also feature plazas open to the public.

The stadium was just one project among many occurring in the area, including the revamping of University Village in the Los Angeles Memorial Coliseum.

"There's a Renaissance in Exposition Park going on," Penn said. "They're building the Spaceship Endeavor exhibit across at the Science Center, USC is remodeling the Coliseum and we're adding this venue here, so there's great activity down here."

Officials said the $350 million stadium would create more than 3,000 jobs during construction and more than 1,800 full-time permanent positions at its completion in 2018. 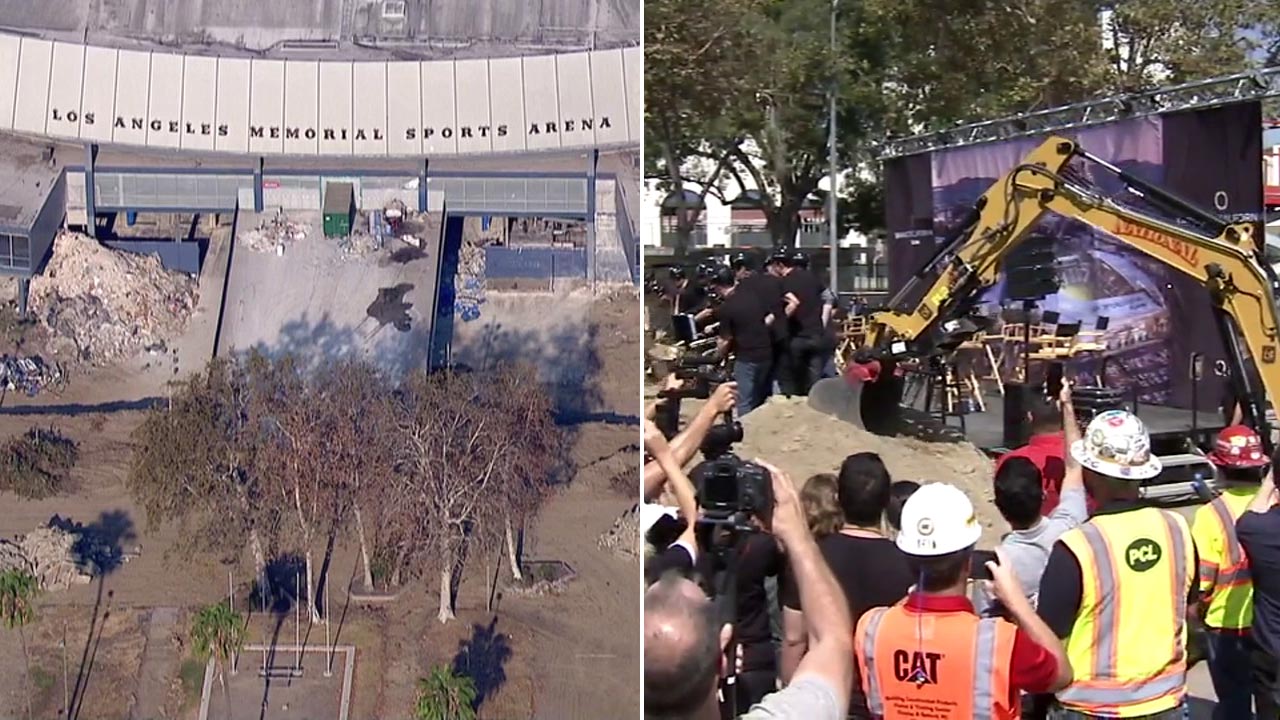