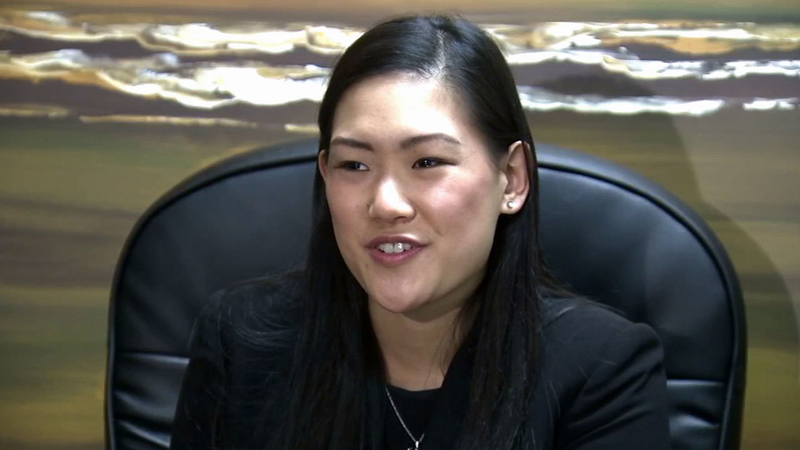 RIVERSIDE, Calif. (KABC) -- As of Tuesday afternoon, Barbara Wu is a free woman after spending 20 months locked up, accused of engaging in a murder-for-hire. It's an experience the former college honor student says has changed her.

"I was young. I was 21 at the time so I am 23 now, so I'm older and I have a more mature way of like approaching problems like that now and looking at things," Wu said.

She was arrested and held without bail for solicitation of murder and stalking just a few weeks shy of graduating from UC Riverside.

In 2013, following a bad breakup, prosecutors say Wu pitted one former boyfriend against the other in a murder-for-hire plot. She went as far as sending threatening messages and posting his personal information in a sex ad. After news broke, another former boyfriend came forward with a similar story.

"At the time, I was young and naive and I was childish and I said things I didn't mean, and I wasn't very smart about who I was speaking to," she said.

As part of a plea deal, Wu plead guilty to a lesser charge of solicitation to commit assault and was sentenced to three years and four months.

Wu was credited with the 610 days she had been held at the Smith Correctional Facility in Banning, and that time was automatically doubled under a state law intended to reduce prison overcrowding, resulting in more than three years total credit. She was released Tuesday for time already served.

Wu told Eyewitness News that she was the victim of domestic violence, which played a role in her behavior and actions. Through her attorney, Rajan Maline, however, she remains adamant that she never intended to have anyone killed.

The 23-year-old says that she is hopeful that she can move past this particular chapter in her life.

"I am hoping to get back on track and going back to school," Wu said. "Like everybody else, I'm not a, you know, hardened criminal or anything and I'd like to change my life and have a good positive future."

Wu says she plans to return to college and finish her degree in political science.