The Lake Fire burning in a remote area of the San Bernardino Mountains has charred more than 25,000 acres on Thursday as firefighters say the containment has dropped.

SAN BERNARDINO, Calif. (KABC) -- The Lake Fire burning in a remote area of the San Bernardino Mountains has charred more than 25,000 acres on Thursday as firefighters say the containment has dropped. Sources say arson is suspected to be the cause.

U.S. Forest Service officials said the blaze has grown to 25,599 acres. The huge forest fire was creating a massive area of smoke that could be seen from satellite images.

The containment was reported at 19 percent, which was down from 27 percent overnight.

Forest Service Aviation Officer Mike Eaton said a tactical group supervisor flying an aircraft at 11,500 feet spotted the drone flying between his plane and another firefighting plane flying at 10,500 feet.

Eaton said the presence of the drone kept firefighters from delivering 5,000 gallons of fire retardant on the flames and shut down subsequent missions that could have contained a part of the fire.

In addition to hindering the firefight, Eaton said the drone poses a danger to the pilots in the air since they are not able to communicate with whoever is operating the drone.

He said officials were not able to track down the source of the drone to find out who was controlling it. Eaton described the drone as a fixed-wing aircraft either red or orange in color with a 4-foot wingspan.

Eaton pointed out that the drone entered airspace under a temporary flight restriction (TFR), which is upheld by the Federal Aviation Administration.

When air tankers were returning back to base after encountering the drone, a plane encountered a second drone near the outskirts of the fire.

The cause of the fire is still under investigation, but sources tell Eyewitness News there is a strong suspicion that the cause could be arson. No injuries were reported and structures have been damaged or destroyed, but as of Thursday, the fire is threatening more than 7,300 structures.

The Lake Fire, which is burning in the Barton Flats area south of Big Bear near Highway 38, caused around 360 campers at Cam Oakes in the Lake Williams area to be evacuated. The recent flare-ups triggered new mandatory evacuations Wednesday night in the community of Burns Canyon and Rim Rock. San Bernardino County sheriff's deputies also placed the community of Pioneertown under voluntary evacuations.

As of midday Thursday, the fire was burning in the direction of Big Bear. The residents living in the communities of Lake Williams, Erwin Lake, and Baldwin Lake were given an advanced notice that they may need to evacuate if the blaze continues to burn in their direction. 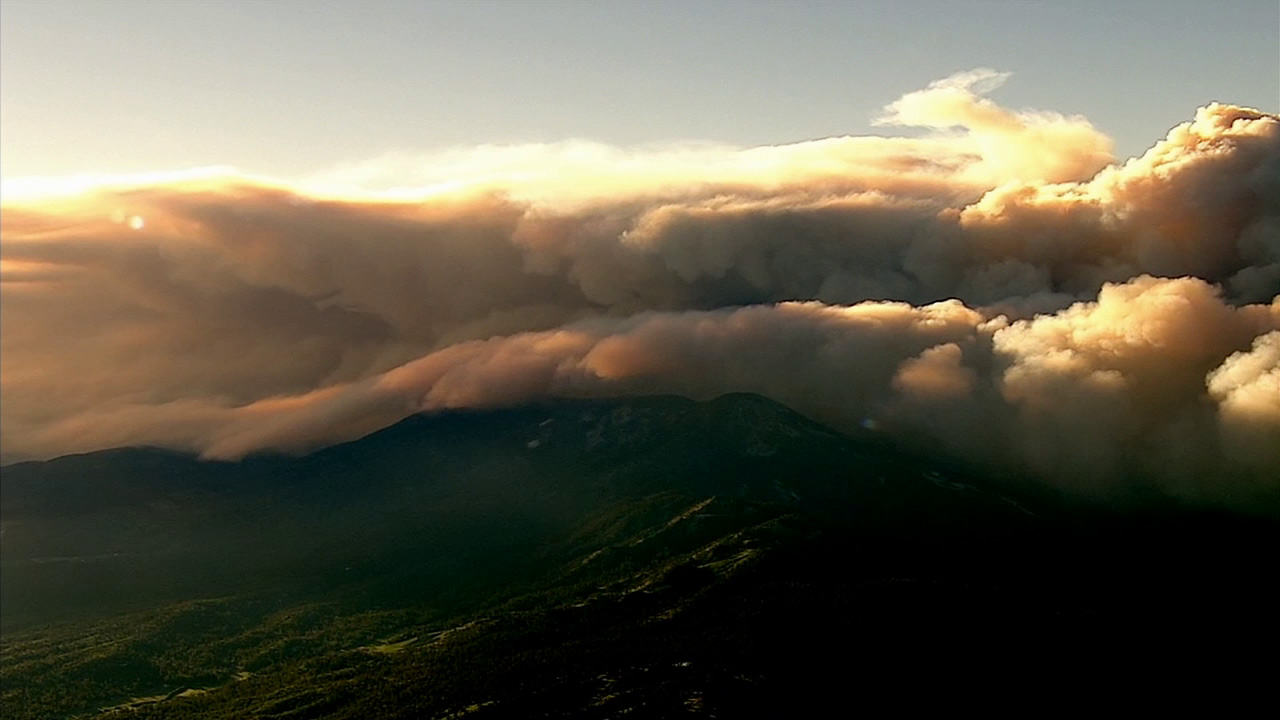 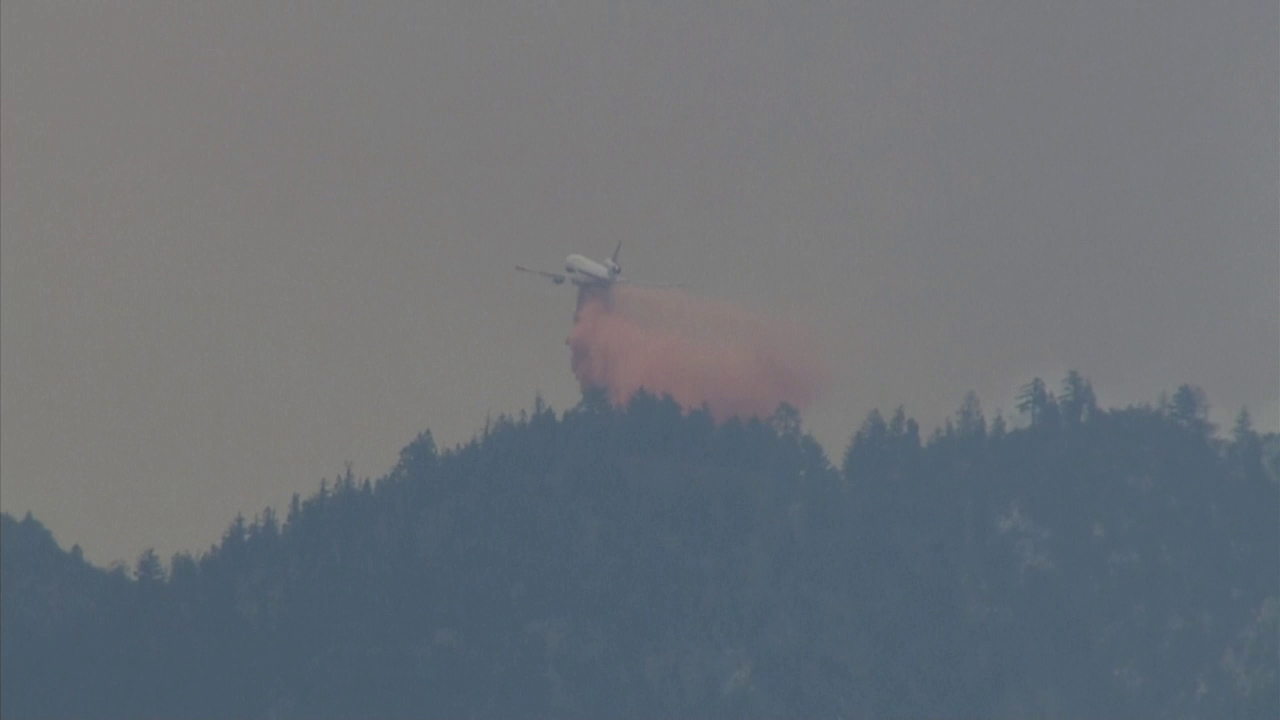 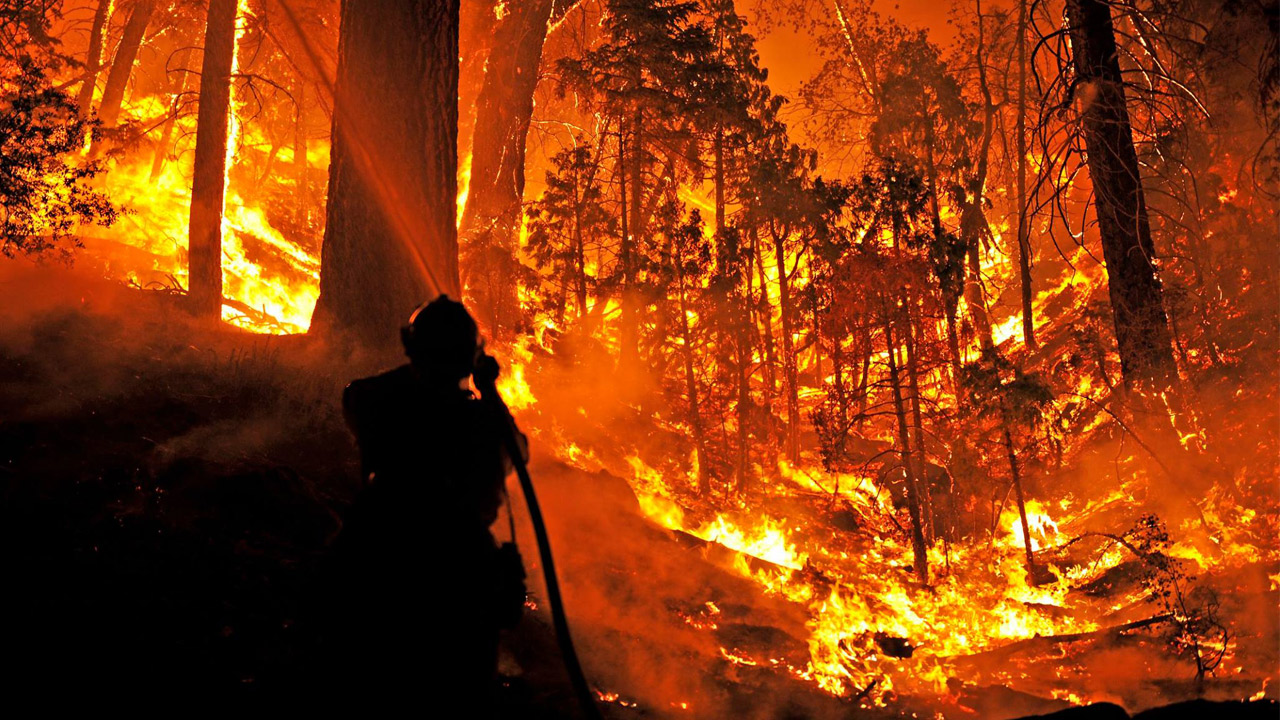 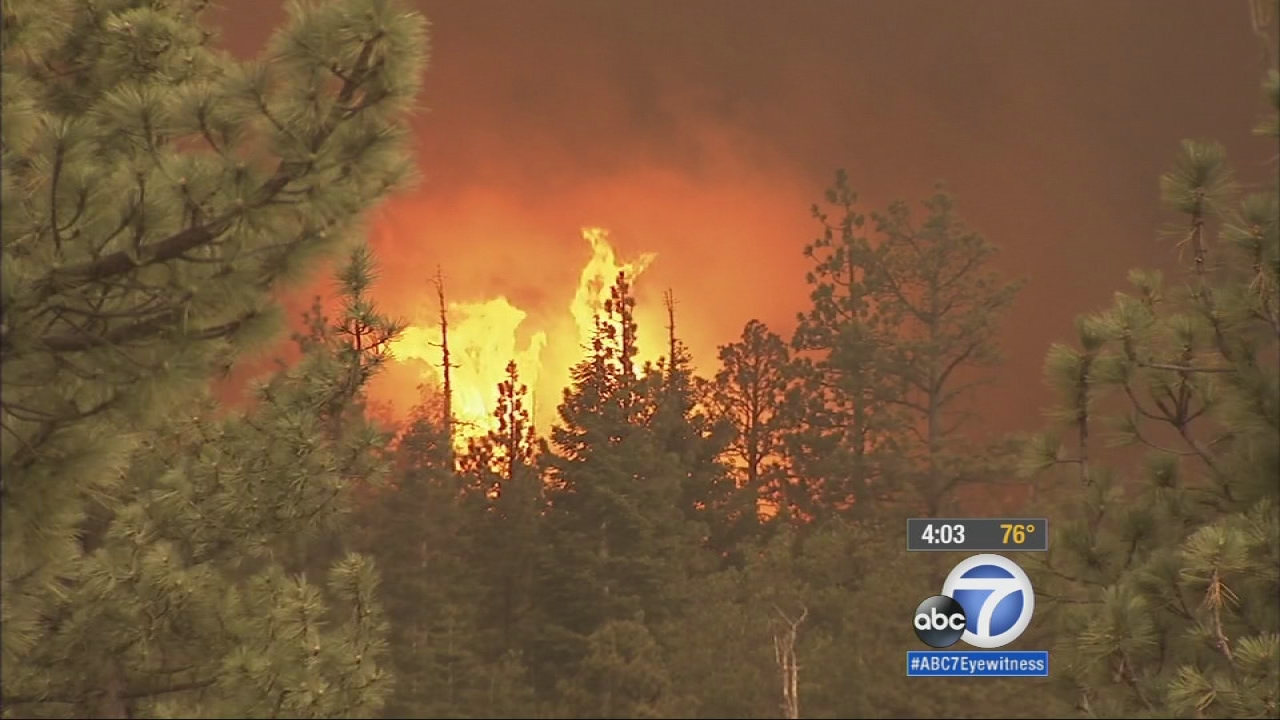 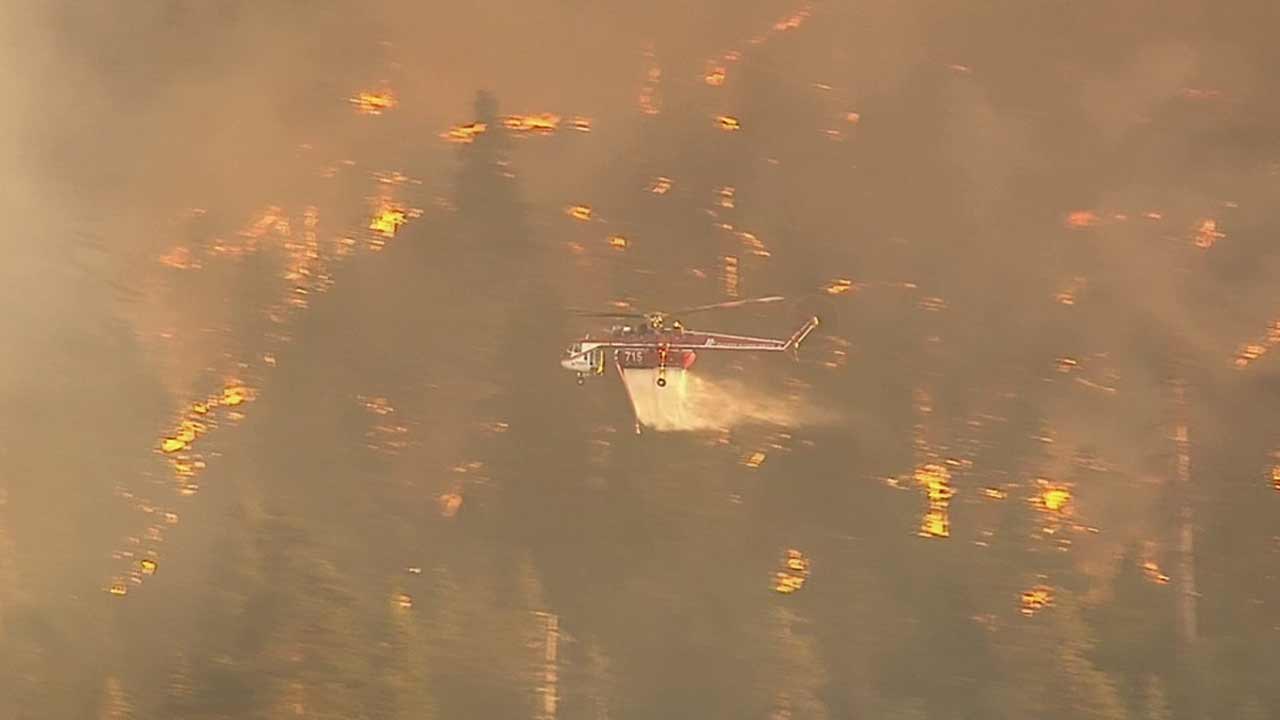