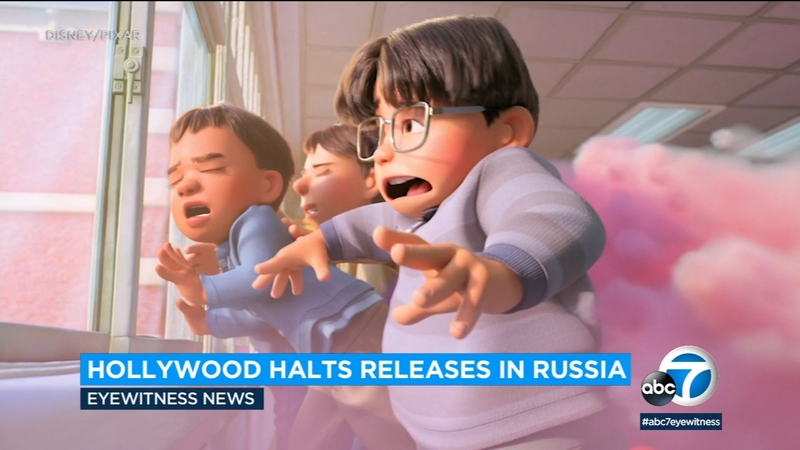 LOS ANGELES (KABC) -- Less than 48 hours after Ryan Reynolds and Blake Lively offered to match up to $1 million in donations to help the people of Ukraine, the goal has been met.

The Hollywood power couple on Saturday offered to match dollar-for-dollar donations made to the United Nations refugee agency, up to $1 million.

"Thank you, @BlakeLively & @VancityReynolds!," the agency tweeted Monday. "In less than 48 hours, your generous $1M match was met to provide lifesaving aid, protection and hope for displaced Ukrainians. This incredible gift has offered families hope on their uncertain journeys to safety."

In less than 48 hours, your generous $1M match was met to provide lifesaving aid, protection and hope for displaced Ukrainians. This incredible gift has offered families hope on their uncertain journeys to safety. pic.twitter.com/qeWIImDi6F

The UN says about 3 million people affected by the Russian invasion will need help this year.

The money raised will provide aid and protection for displaced Ukrainians.

That was one of multiple ways the Hollywood community and the studios are getting involved in the Russia-Ukraine conflict.

Studios are contributing to sanctions against Russia by blocking releases of new movies there.

Pixar's "Turning Red" premieres this week, but people in Russia won't be able to see it.

Friday's release of Warner Brothers' "The Batman" has also been put on pause in Russia.

Sony has also halted the release of "Morbius" -- which is set to come out in April.

The sports world has also canceled events in Russia, including soccer and racing championships, while tech companies like Apple are also pulling their products from sale in the country.

Actor Sean Penn was also in Ukraine filming a documentary about the invasion, but later had to evacuate to Poland, making at least part of the journey on foot as cars were backed up near the border.

With hundreds of thousands of Ukrainians turned refugees in less than a week, many around the world are wondering how to help amid the onslaught.