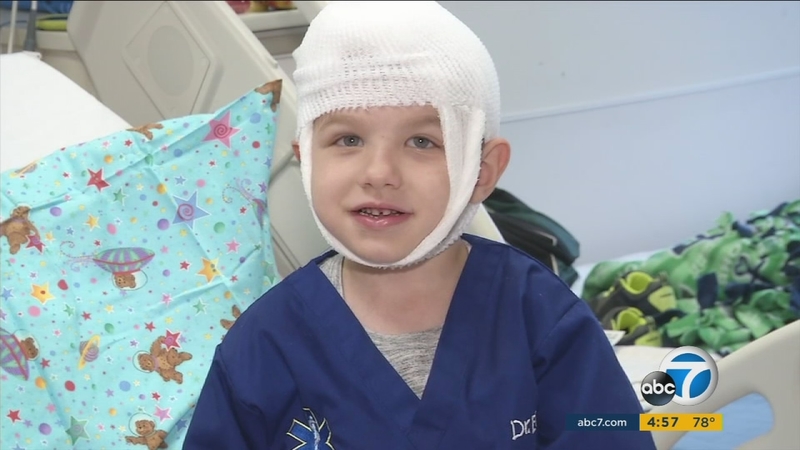 ORANGE, Calif. (KABC) -- It's been a long journey to the hospital room at Children's Hospital of Orange County for the Bowman family.

The disease causes loss of speech and motor skills and seizures.

"(We were) in kind of survivor mode, initially, because there's so much you're trying to absorb emotionally, physically," said Bekah Bowman, Ely's mother.

Ten days later, the family was in Ohio for a clinical trial in hopes of slowing the disease's progress in Ely. Doctors caught it early because of his brother.

"He changed our lives, he changed Ely's life. He was the pioneer that pushed through all this stuff," said Danny Bowman, Ely's father.

After six months of flying to Ohio every two weeks, the Irvine family is now home at CHOC.

It is the only hospital on the West Coast to offer the FDA-approved drug Brineura.

Other Batten families are now receiving treatment at the hospital and finding comfort in each other's stories.

All of this is a product of the Bowman's relentless efforts and a team of doctors and nurses who refused to give up.

Neurosurgeon Dr. Joffre Olaya, who placed the port in Ely's head where the drug is administered every two weeks, said patients had no hope until this medication.

The drug slows the disease, but does not cure it.

The Bowmans said they're leaning on their faith to take it a day at a time. Another day with Ely is also another day to honor Titus' legacy.