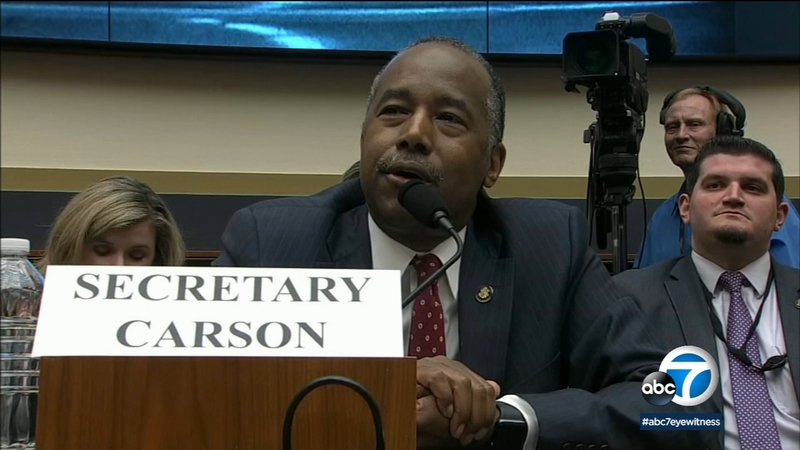 WASHINGTON -- Housing and Urban Development Secretary Ben Carson appeared to think a freshman congresswoman was questioning him about Oreo cookies during a congressional hearing Tuesday, instead of the housing term "REO."

To which Rep. Katie Porter (D-Calif.) replied with a firm tone, "No, not an Oreo." She then proceeded to spell the term back to him twice.

Porter replied: "Owned, real estate owned. That's what happens when a property goes to foreclosure, we call it an R-E-O."

Porter was questioning Carson on whether the rate of REOs issued by the Federal Housing Administration is higher than that of other government-owned real estate.

The tense exchange with Democratic lawmakers came during a hearing amid allegations from the Government Accountability Office that HUD broke the law in 2017 when the agency spent tens of thousands of dollars for a new dining set and dishwasher for Carson's office.

The presumed cookie questioning was one of several awkward moments for Carson, who was grilled by Democrats - particularly women on the committee who tried to poke holes in his knowledge of the agency that he runs.

After the hearing, Carson tweeted a picture of himself sending a pack of Double Stuf Oreos to Porter.