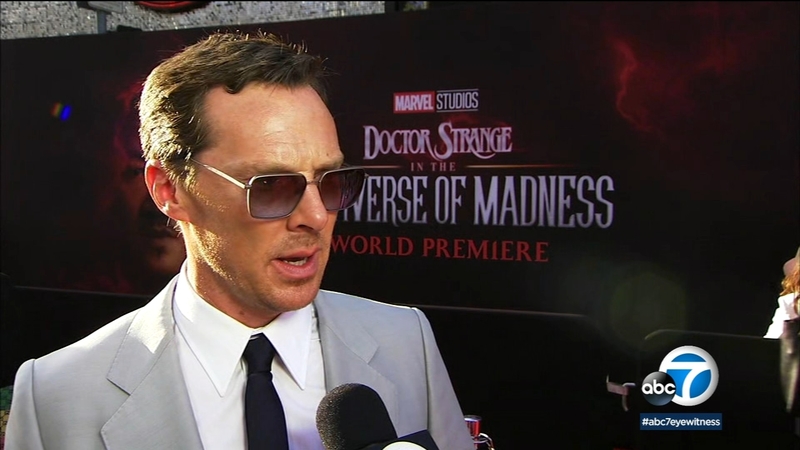 HOLLYWOOD, LOS ANGELES (KABC) -- Before the stars of "Doctor Strange and the Multiverse of Madness" filed into the Dolby Theatre for the film's Hollywood premiere, there was plenty of safely distanced interaction with fans. Both "Benedicts," Cumberbatch and Wong, were there along with Elizabeth Olsen, Rachel McAdams, and Marvel newcomer Xochitl Gomez.

And while the film's star was focused on his "Marvel" obligations, his heart is with the people of Ukraine.

His family recently welcomed a family of refugees.

"I'm just trying to do what I can," said Cumberbatch. "The real superheroes are the people exiting their war-torn country, escaping with dignity and leaving behind death and destruction."

"And the people meeting them on the borders getting them to safety, clothing them, housing them and feeding them. They're the real heroes. I'm just doing what I can."