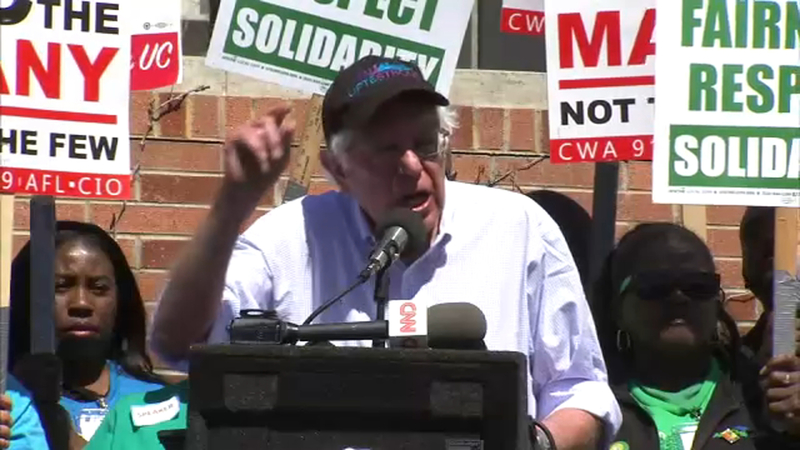 WESTWOOD, LOS ANGELES (KABC) -- Striking workers employed by the UC system in the research and technical fields, mostly in healthcare, had a visit Wednesday from presidential candidate Bernie Sanders.

"I am proud to be here with two great unions, because if we are going to rebuild the American middle class, we need to grow the trade union movement," said Sanders.

Sanders brought his message of income inequality, standing in solidarity with striking UC workers -- 40,000 across the state. They're asking the UC system to halt contracts with private companies, overtime-pay after eight hours like other state employees, a path to full-time career positions, and no cuts to benefits.

Sanders said the UC system should be a model employer but is acting more like a corporate employer.

In a statement, the University of California office of the president said in part: "If Union leaders had channeled as much effort into negotiations as they do into organized theatrics, we'd have a deal by now."