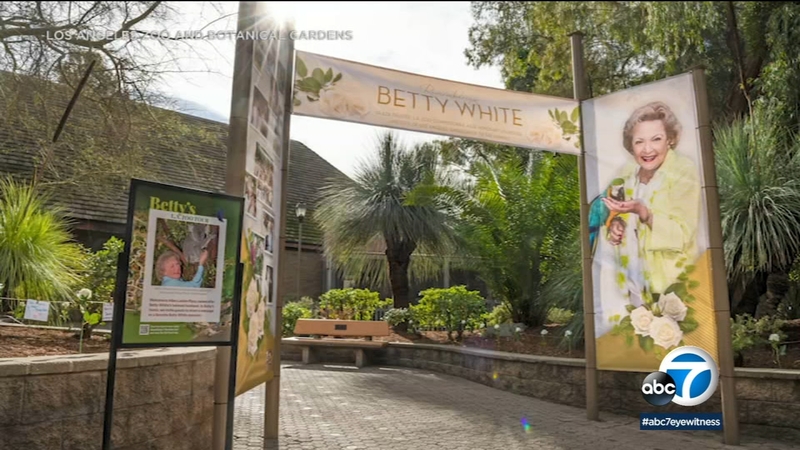 LOS ANGELES (KABC) -- The Los Angeles Zoo is honoring the late Betty White with a white rose memorial garden in an area named after her husband.

Fans who visit the zoo can leave a message, memory or drawing on a card that can then be hung on a string that hangs between the roses in the Allen Ludden Plaza.

The memorial will be up until the end of January.

The television star best known for Emmy Award-winning roles on "The Mary Tyler Moore Show" and "The Golden Girls" was a supporter of the zoo for more than five decades, said Tom Jacobson, president of the Greater Los Angeles Zoo Association.

"We are so thankful for her generosity, humility, and of course, humor," he said. "After her passing, there has been an outpouring of love for Betty with tributes from around the globe, so we think honoring her at Ludden Plaza, a place very special to her, would serve as the perfect backdrop to this public memorial. We also want to reflect on her life at the L.A. Zoo by sharing some more intimate moments of Betty with our animals and staff as well as her indelible contributions."

The zoo has also created a self-guided "Betty's L.A. Zoo Tour" that shows visitors how she contributed to the zoo. For those unable to visit, the tour can be experienced online.