A woman claims she and her boyfriend were pulled over for a traffic violation and says they were treated like criminals.
KABC
By Rob Hayes Beverly Hills police hit with charges of racism once again

Lakisha Swift and her boyfriend, Joseph Nett, said they were pulled over last year by a Beverly Hills police officer for a minor traffic violation. She claims they were treated like violent criminals.

"I was then pulled out of the car and handcuffed for over 20 minutes," said a tearful Swift. "They never told me why."

While Swift was released, Nett was arrested and taken into custody.

"I'm locked up for three days," said Nett. "I was never even charged."

Those plaintiffs - Khalil White and Jasmine Williams - were arrested and spent one night in jail for riding scooters on a sidewalk. The Beverly Hills Police Department said White and Williams had been warned earlier in the day that riding a scooter on a sidewalk was prohibited, then provided false information to a police officer.

Beverly Hills' police chief said the two Black plaintiffs who claim they were profiled when they were arrested for riding a scooter on a sidewalk were previously warned the activity was prohibited.

Internal records obtained by Eyewitness News show the task force made 90 arrests. Eighty of those arrested were Black and only three were white. 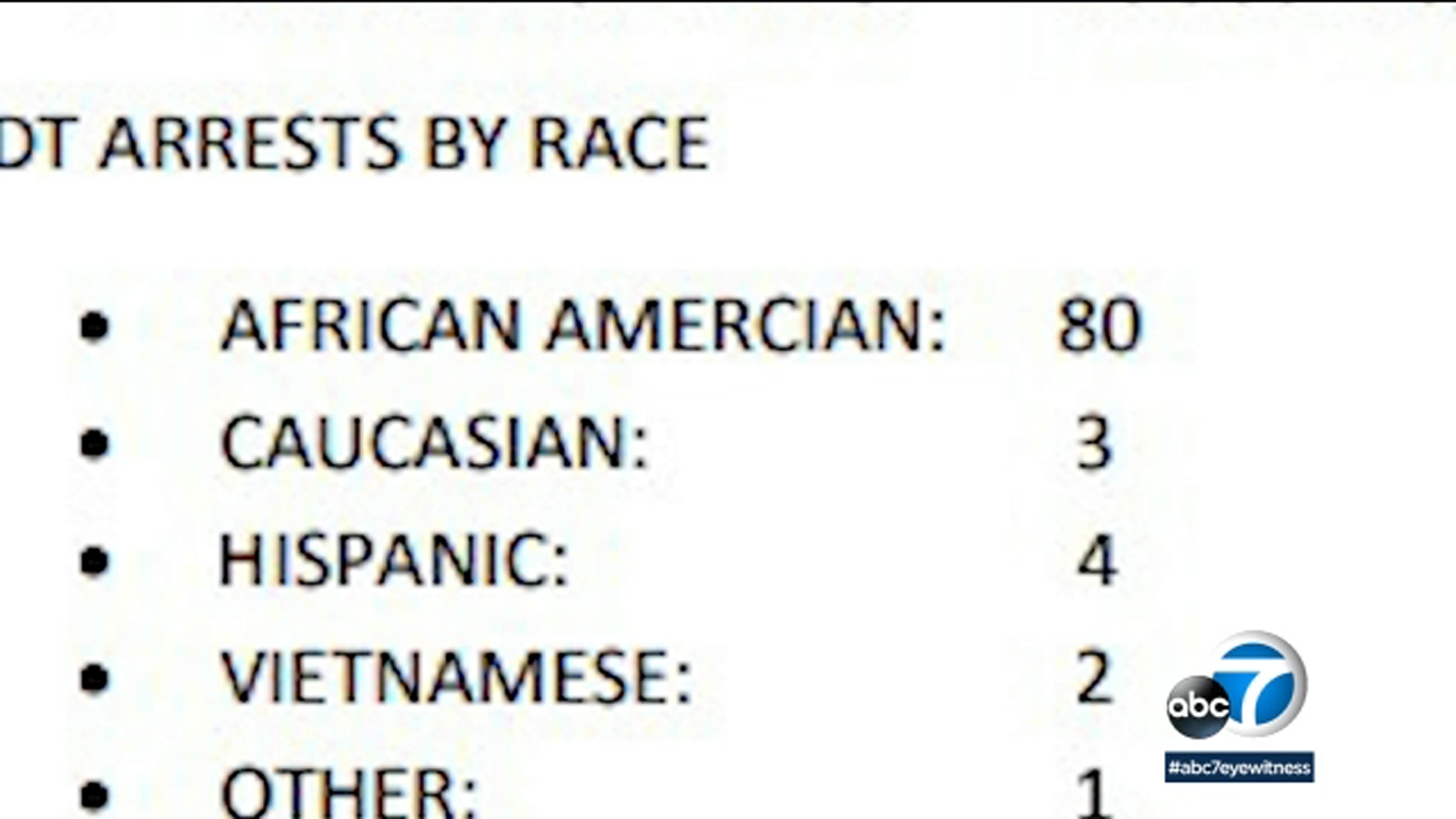 "It's racial profiling 101. That's what it is," said Crump at a news conference he organized outside of Beverly Hills City Hall Wednesday morning.

"What we've seen in the city of Beverly Hills is years of racial profiling, years of racial discrimination," said Gage, who has successfully sued the city in the past, winning millions of dollars in damages for his clients.

But the Beverly Hills Police Department said the Rodeo Drive Team was created last summer to crack down on a surge of crime in the area, specifically Employment Development Department fraud.

Police said the majority of the 90 people arrested were not from California, but were illegally using EDD cards to shop in Beverly Hills stores. The department said 13 loaded handguns were also recovered by the task force.

As for Nett's arrest, the Beverly Hills Police Department issued a statement saying, "Mr. Nett was in violation of a restraining order obtained by the female driver. While the woman indicated she did not wish to press charges, for her safety and according to the law, Mr. Nett was taken into custody."

The police department has been hit with several discrimination suits in recent years and has seen its leadership change dramatically.

Crump and Gage are calling on the California Attorney General to open an investigation into the police department and its two enforcement programs.