Hundreds of fish found onshore in Big Bear due to drought 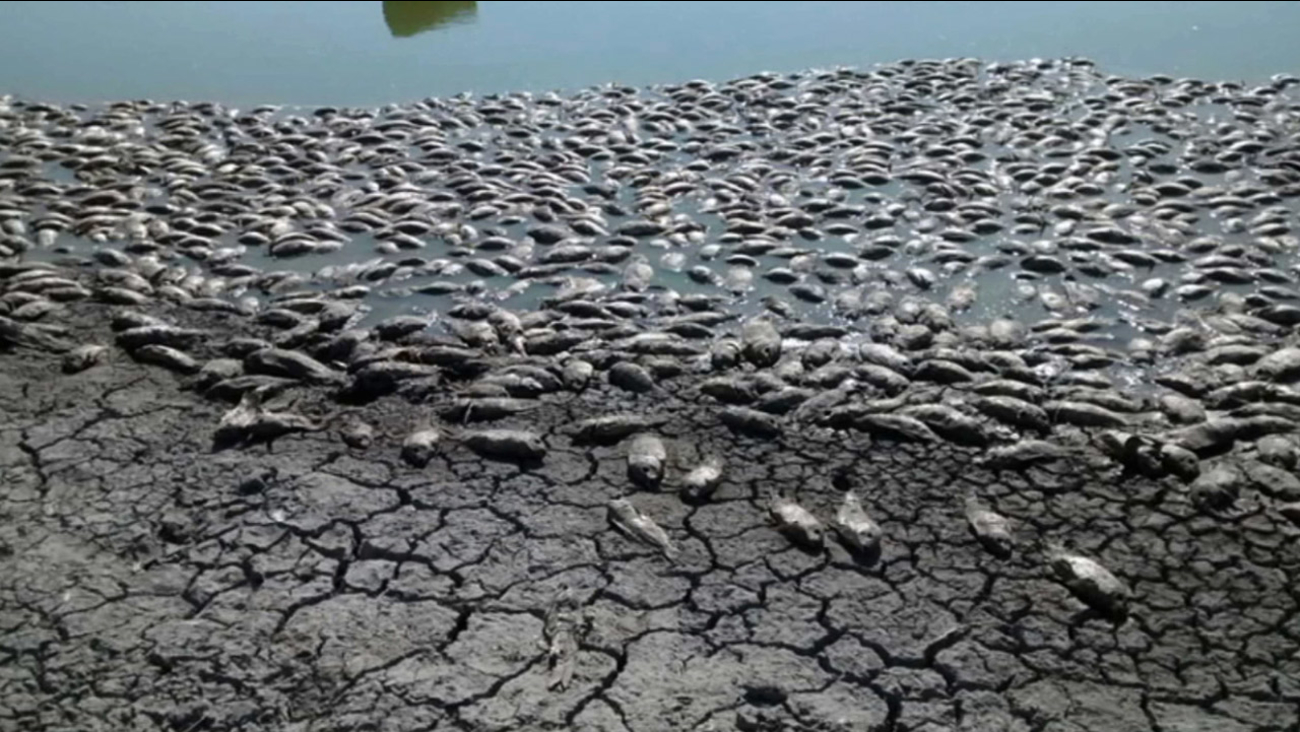 Hundreds of carp fish have washed ashore at Big Bear Lake due to the drought. (Colleen LeBeau)

BIG BEAR, Calif. (KABC) -- Officials in Big Bear are responding to concerns over hundreds of dead fish that are washing up on shore near the lake.

The photos were sent to Eyewitness News by Big Bear resident Colleen LeBeau. She said she has never seen anything like that in her 30 years of living in the area.

The dead fish are popping up at Stansfield Marsh, east of the lake, and it is apparently due to the drought. Water in the area has been receding over the years and the carps do not move toward the deeper parts of the lake. When the water recedes enough, the fish end up dying.

Crews have been working for the last two weeks to save as many of the fish as they can by catching them in nets and moving them into the deeper parts of the marsh. The dead schools of fish are not floating at Big Bear Lake, according to Dan McKernan, director of public relations and marketing for Big Bear.
Related topics:
big bear lakesan bernardino countydead fishfishcalifornia waterdrought
Copyright © 2022 KABC Television, LLC. All rights reserved.
TOP STORIES
Store workers fight off Newport Beach smash-and-grab suspects: video
LA County hospitalizations reach highest number since March
20-year-old killed in San Bernardino shooting remembered as 'good kid'
New video could help police in fatal San Bernardino party shooting
78,000 pounds of infant formula arrives in US
COVID-19, shootings: Is mass death now tolerated in America?
Man shot, killed 'without provocation' on NYC subway: police
Show More
Amber Heard's lawyers try to poke holes in Johnny Depp's libel lawsuit
Something strange is happening with our universe: NASA
Noah Thompson crowned as the next 'American Idol' in season finale
Snorkeler finds $2,000 dentures in Gulf - reunites with owner
Man found stabbed to death at Thousand Oaks apartment complex
More TOP STORIES News