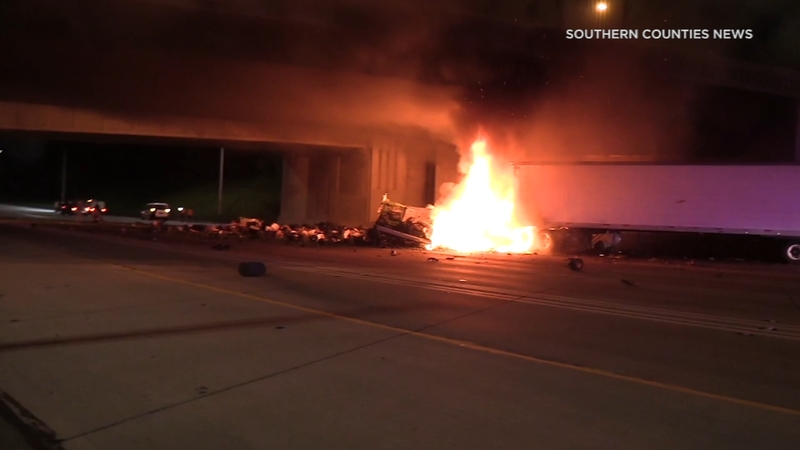 The crash occurred just before 1 a.m. near Lincoln Avenue, prompting a SigAlert to be issued for the area and all lanes to be closed.

The California Highway Patrol said the big rig caught on fire after hitting a wall of an overpass, sparking a blaze that was extinguished by firefighters.

CHP officers pulled the driver from the big rig as it was burning, according to authorities. The driver was transported to a hospital with serious injuries.

A cleanup effort was underway as produce carried by the big rig was scattered on the lanes.

Two HOV lanes have reopened, with all lanes not expected to reopen until around noon.